Kenneth Branagh Theatre Company Plays at the Garrick in London

After the unprecedented success of Michael Grandage’s season of plays at the Noel Coward theatre in 2014, the acclaimed actor-director Kenneth Branagh presents five productions, including two Shakespeare, which will bring together the cream of British acting talent including Rob Brydon, Dame Judi Dench and Derek Jacobi plus rising stars Lily James and Richard Madden. 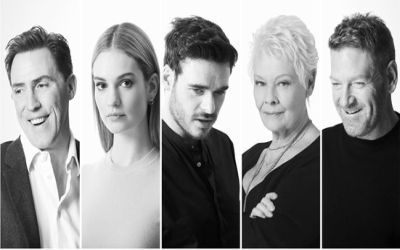 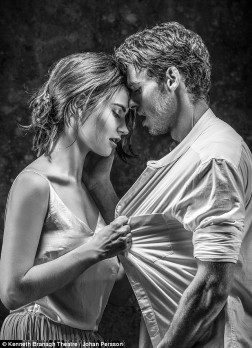 Kenneth Branagh directs Richard Madden (Lady Chatterley’s Lover, Game of Thrones) and Lily James (War and Peace, Downton Abbey) in Shakespeare’s ultimate tragedy Romeo and Juliet. The two young stars have recently been paired in Disney’s 2015 Cinderella, but this time around the young lovers will not live happily ever after. Playing the part of Romeo’s kinsman, Mercrutio, will be Derek Jacobi who is no stranger to Shakespeare having appeared in The Tempest, Macbeth, Richard III, Much Ado About Nothing and, more recently, Twelfth Night. TV viewers will recognise him as lovable Alan Buttershaw in the BBC drama Last Tango in Halifax. The latest name to add to the cast list is Meera Syal who in 2012 appeared in an Indian themed version of Much Ado About Nothing at the Royal Shakespeare Theatre in Stratford upon Avon.
PLEASE NOTE THAT FREDDIE FOX WILL PLAY ROMEO AT CERTAIN PERFORMANCES 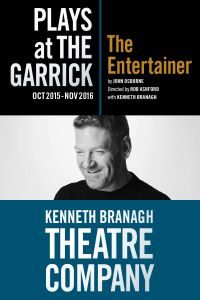 In the last play in this tremendous season, Kenneth Branagh stars as the unforgettable Archie Rice in John Osborn’s The Entertainer – a role made famous by Laurence Olivier when the play was first performed at the Royal Court theatre in 1957. Having already written a play about “an angry young man” Olivier asked Osborn to write one about “an angry middle-aged man” and the result was this post-war modern classic conjuring up the seedy glamour of the old music halls with an explosive examination of public masks and private torment.

This remarkable set of plays are on at the Garrick Theatre just by London’s famous Leicester Square – a great venue for a London theatre break as it is right in the heart of the West End, just mintes from Covent Garden, Trafalgar Square and Piccadilly Circus. This is where you will be able to experience this multimedia rich electrifying spectacle which takes you back to the magical sixties when all you needed was love, and a little help from your friends!

Ticket and hotel packages for Kenneth Branagh Theatre Company Plays at the Garrick Theatre Breaks are available to 12th November 2016. If you are looking for hotels close by there is the contemporary 4 star Radisson Blu Edwardian Leicester Square or the 3 star Travelodge Covent Garden. The 4 star Strand Palace Hotel is not far too and of course there is always the 5 star Savoy!

Earlier in the Season 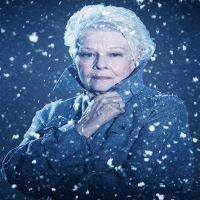 Beginning with William Shakespeare’s The Winter’s Tale starring Judi Dench and Kenneth Branagh, this timeless tragi-comedy is reimagined in a new production co-directed by Rob Ashford and Kenneth Branagh. Joining the cast for both The Winter’s Tale and Harlequinade is Spooks star Miranda Raison, dashing Tom Bateman, recently seen as The Bard himself in Shakespeare in Love and Jessie Buckley who played opposite Jude Law’s Henry V at the Noel Coward theatre in 2014.
The Winter’s Tale will run in rep at the Garrick theatre from 17 October 2015 – 16 January 2016
Captioned performances – 7.30pm Wednesday 9 December 2015
Audio Described performance – 7.30pm Wednesday 16 December 2015 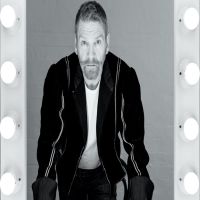 Running alongside and complimenting The Winter’s Tale is Terence Rattigan’s Harlequinade a rarely seen comic gem from the British playwright whose other works include The Winslow Boy, The Browning Version and The Deep Blue Sea. As a classical theatre company attempts to produce The Winter’s Tale and Romeo and Juliet, many intrigues and dalliances are accidently revealed with increasingly chaotic and hysterical consequences. Kenneth Branagh will perform and co-direct with Rob Ashford.
Harlequinade will run in rep at the Garrick theatre from 24 October 2015 – 13 January 2016
Audio described performance – Thursday 15 December 2015 7.30pm
Captioned performance – Thursday 10 December 2015 7.30pm

Having grown up in a time when farce, thanks to the Cooneys and Rixs of this world, was all the rage and having rather enjoyed the bit in between when farce had become a rather forgotten artform, at least in London's Theatreland, I wasn't too confident about whether I would enjoy The Painkiller. But, as the curtain rose on a split stage with the old white line down the middle, dividing two hotel rooms, with lots of doors, I became very confident indeed.

Rob Brydon is a brilliant comedy actor, although I would like to see him diversify a little. So he was very much at home with the job in hand of performing the role of hapless Welsh, Lady in Red singing, loser, Dudley.

Kenneth Branagh, on the other hand, didn't have a clue!. Rather than doing "acting" he should have just watched the masterclass given by Mark Hadfield as the hotel Porter. OK Hadfield may not be as good an all round actor as Branagh apparantly can be, but when it comes to farce he knows exactly what the job is!

The problem is that farce, above all things, is a team effort and with a weak link the whole lot becomes rather laboured.

So when all is said and done, I am looking forward to when Branagh et al, do Romeo and Juliet and The Entertainer and they all keep their trousers on!