So, you are coming to London, you are seeing a show and staying a couple of days and you want a hotel in the heart of things.

Although London is so well served by the underground network that everywhere is pretty accesible, there are two places to look – The Strand/Covent Garden area and the Leicester Square/Piccadilly Circus area.

Now I have chosen the four star hotels because the five stars can be quite expensive and the three star hotels don’t always save you enough… and let’s face it, you are here in London to splash out a bit… is it an anniversary or a birthday present or are you just in need of a taste of the highlife – let’s face it, after the year we have all had…!

So here are my swanky seven for a great theatre break. 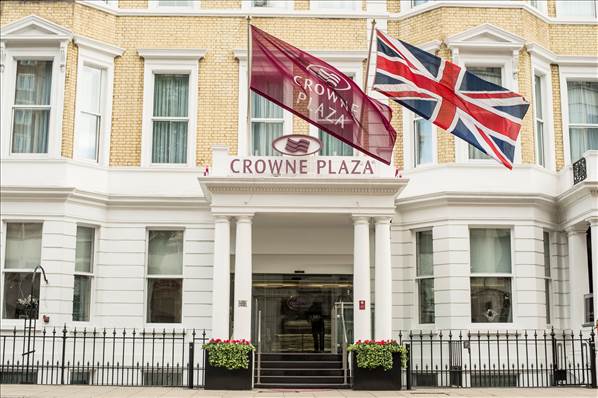 Amba Charing Cross Hotel on the Strand
The Amba Charing Cross is a refined, elegant and luxurious hotel set at the heart of London. The distinguished 19th century Grade II listed hotel boasts an envious location just moments from Trafalgar Square on the Strand, opposite the Eleanor Cross it sits within the official centre of London and is just yards from half a dozen top shows including Kinky Boots, The Lion King and the operas at the London Colliseum.

They also do a two night offer if you want to spend a little longer in London.

Kingsway Hall, Covent Garden
Guests of the Kingsway Hall Hotel can enjoy a superior four star stay in a fabulous location. Situated in London’s Covent Garden, close to the British Museum, Oxford Street and Theatreland – especially if your seeing Shrek or going to the Royal Opera House.

Radisson Blu Edwardian Mercer Street Hotel (Formerly the Mountbatten Hotel)
Covent Garden
A landmark at the heart of Covent Garden’s hip Seven Dials village, this is a boutique retreat on the doorstep of London’s most celebrated theatres.
The Bloomsbury Hotel, London
Oxford Street

Radisson Blu Edwardian Leicester Square
No prizes for guessing where this hotel is. The boutique styled Radisson Edwardian Leicester Square hotel offers the perfect hideaway in the heart of London’s vibrant West End and is but a stone’s throw away from most of the theatres hosting the West End’s greatest shows – Les Miserables, Phantom of the Opera, Mamma Mia.. I could go on!

The Cavendish London, Mayfair
The Cavendish London hotel is located on the prestigious Jermyn Street in the heart of London’s Piccadilly, opposite Fortnum & Mason and the Royal Academy – right posh it is AND it boasts some pretty good deals!

Truly fabulous 4 star hotel in Kensington next to the Gloucester Rd Tube Station that boasts a modern, comfortable convenience and amenities.