Last week, An American in Paris at the Dominion Theatre had its press night and it enjoyed some amazing reviews! If you are thinking of coming to London and seeing An American in Paris, here are some of the nice things the critics said about the show.

“Christopher Wheeldon’s superb show is a riot of colour and movement, with irresistible dance routines and a wealth of Gershwin classics.” 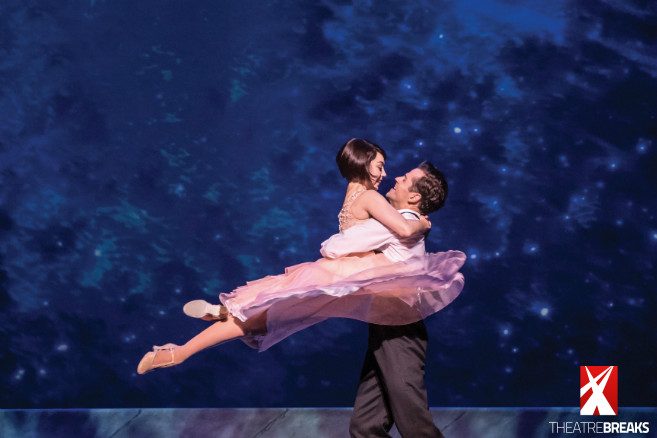 Leanne Cope and Robert Fairchild in An American in Paris – Image: Johan Persson

You almost feel you couldn’t ask for anything more but this Gershwin musical also has that indefinable something called grace and a joie de vivre that lifts it, and us, all night long.”

★★★★★ “AN AMERICAN IN PARIS IS UNLIKE ANY OTHER MUSICAL ON THE LONDON STAGE: sumptuously beautiful and heartfelt, it has a romantic pizzazz all of its own.”

★★★★ “THE BEST-LOOKING AND BEST-DANCED MUSICAL IN TOWN IS AN INSTANT CLASSIC. It is sheer musical theatre magic.”