Home > Archive > An American in Paris

An American In Paris Theatre Breaks are no longer available, with tickets to see the show at the Dominion Theatre and hotel accommodation from a range of over 100 central London hotels.

George and Ira Gershwin’s An American In Paris is an award-winning, Broadway musical. It features some of the greatest music and lyrics ever written. It is also famous for the production’s wonderful staging and choreography!

An American in Paris – The Show

Jerry Mulligan is an American GI striving to make it as a painter in a city suddenly bursting with hope and possibility. Following a chance encounter with a beautiful young dancer named Lise, the streets of Paris become the backdrop to a sensuous, modern romance of art, friendship and love in the aftermath of war. The show, which features over 50 actors, dancers and musicians, is directed and choreographed by Olivier and Tony® Award-winner Christopher Wheeldon.

An American in Paris Theatre Breaks 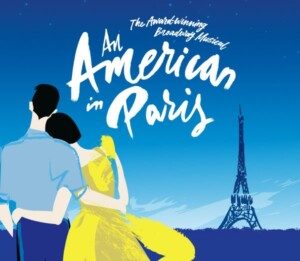 I am sure you know the film starring Gene Kelly and Leslie Caron. I am also sure that everyone booking An American in Paris Theatre Break will fall in love with this stage version. It has already won awards in Paris and New York where it became the most awarded musical of the year.

Apart from the “breathtakingly beautiful staging” (The Independent), the show features  Gershwin classics such as I Got Rhythm, ’S Wonderful and They Can’t Take That Away From Me, not forgetting George Gershwin’s sublime Concerto in F and, of course, An American in Paris.

An American in Paris Ticket and Hotel Packges

An American in Paris Theatre Breaks are no longer available with  the full range of tickets at the Dominion Theatre.

The theatre is just by Tottenham Court Station which is easy to get to from most hotels in London. There are also a few, very handy hotels, that are worth a mention.