Wilton’s Music Hall will host Shakespeare at the Tobacco Factory and English Touring Theatre contemporary reimagining of William Shakespeare’s Othello this May when Richard Twyman’s urgently relevant production, that focuses on anti-Muslim prejudice and ‘alternative facts’ comes to London for a limited run. 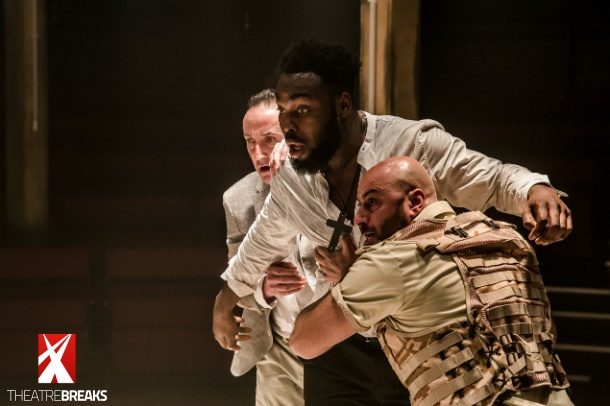 A life torn apart by racism and the destructive nature of prejudice, this modern retelling takes the timeless tale of love, jealousy and injustice and reimagines it in the present day.

“Marvellous production of Othello – one of the best I have seen. It does not impose: it unlocks” ★★★★ The Observer Susannah Clapp

A Muslim general is employed by a western colonial power to lead their army against Turkish invasion. But at home, Othello face the difficulties of assimilating into a society riven by discrimination, fear and mistrust. Manipulated by Iago and his whispered mistruths, Othello’s life quickly unravels as he turns on all he holds dear.

Director Richard Twyman says “Othello is one of Shakespeare’s plays that speaks most directly to our world today. This production interrogates one of the burning tensions of our age, the fear of the ‘other’ and the perception that their identity may threaten our own.”