Our Boys are Back In Town 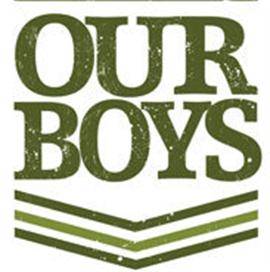 Jonathan Lewis’s funny yet painfully honest look at the psychological effects of line-of-duty injuries won the Best New Play Award at the Writer’s Guild Fringe Awards in 1993.  Cian Barry, Arthur Darvill and Laurence Fox brought Our Boys to London in a strictly  limited run at the Duchess Theatre from 26 September 2012.

Book Our Boys and Hotel Packages with London Theatre Breaks

Five soldiers, among them veterans of the Falklands War and the Hyde Park bombing, are convalescing in a military hospital, when their daily routine of TV, lonely hearts ads and light-hearted banter is shattered by the arrival of an officer fresh from Sandhurst.

After an hilarious birthday party, the six find themselves facing charges of misconduct  during which their unlikely camaraderie is jeopardised by an act of betrayal.

The three star are probably best known for their work on screen (Fox in Lewis, Darvill in Doctor Who and Barry in New Tricks, Titanic, Shameless and Waking The Dead). although all three have previously graced the London stage in a variety of roles and productions.

Our Boys is directed by David Grindley whose West End productions include Journey’s End and Abigail’s Party which is still on at the Wyndham’s Theatre.