Harry Potter and the Cursed Child comes to  Theatreland 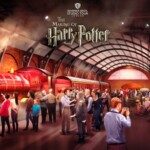 If you can’t wait Theatre Breaks already offer Harry Potter studio tour packages including ticket, hotel and optional rail travel to experience the Making of Harry Potter at WB Studios which are available to BOOK NOW!

Rumours about a Harry Potter show in London have been rife for sometime now, but Potter creator JK Rowling has revealed some more concrete news on Twitter this morning… a theatre, an approximate date and a title, which all means that all of our plans for rather excellent Harry Potter Theatre Breaks in London in 2016 get a little more real and a little more exciting! 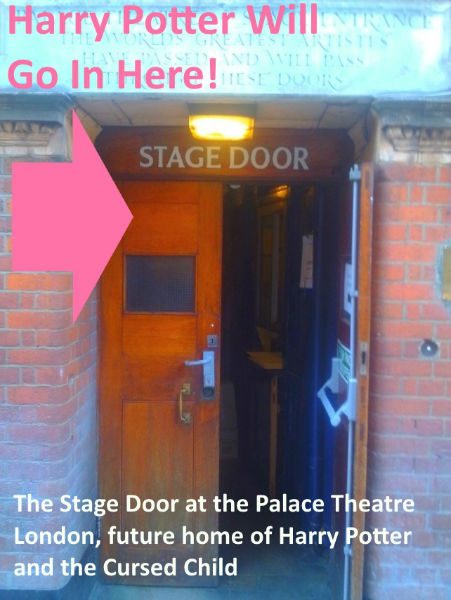 Harry Potter’s Stage Door from 2016 at the Palace Theatre

Harry Potter and the Cursed Child is the result of a three way collaboration between writer Jack Thorne, director John Tiffany and Rowling, whilst it will be co-produced, with Rowling, by West End producer Sonia Friedman.

It will be on at the Palace Theatre in London’s Theatreland from Summer 2016 which is great because there are usually some rather good hotel deals in London available at that time!

Rowling confirmed this morning that the story is not a prequel but rumours suggest it will deal with what happened to Harry’s parents before they were killed by Lord Voldemort.

The team of Thorne and Tiffany is perfect for the project as they have already bought the hugely succesful Let The Right One In  a dark tale of heartfelt love between two children, one of whom turns out to be a vampire, set in much of the same Scottish Highlands as Harry Potter’s beloved Hogwarts.