GREAT NEWS: We will be starting to take bookings for our Harry Potter Studio Tour Packages later in 2022.

Please bookmark this page for information on when bookings for ticket and hotel breaks for The Harry Potter Studio Tour will re-open. 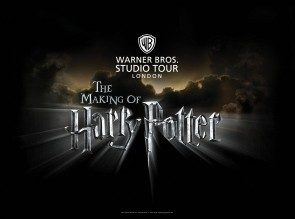 Join in as the world descends on the sleepy Hertfordshire village of Leavesden, just outside of Watford. Based at the Studios where all eight of the Harry Potter films were made. The Harry Potter Studio Tour packages give ordinary Muggles like you and me the chance to step into the enchanted world of Harry Potter.

Book the Making of  Harry Potter studio tour at Warner Bros. Studio near London – a memorable highlight to your short London break.

Our two night, 3 star stays in London will feature the highlight of the Harry Potter Studio tour and coach transfers between London and Leavesden

This brilliant studio tour takes you behind-the-scenes of the Harry Potter Films and features the authentic sets, costumes and props. It also includes the animatronics and special effects that are normally closely guarded secrets of the film world.

Can’t wait? You need to get booking. You can’t just turn up, you have to book in advance. So why don’t you book nearby accommodation at the same time and make it a short break or holiday treat.

So what do you get to see on the tour?

2022 accommodation and entry to go to see the Making of Harry Potter can be organised for the whole family.

Our Harry Potter Studio Tour breaks include accommodation at the 3 star Tavistock Hotel in Bloomsbury with special Harry Potter coach transfers between the studio and Trafalgar Square, so you can make the most of your London break with lots of time to explore the rest of London. Visit Madame Tussauds, The Tower of London or even take in a show for a London Theatre Break.

Combine your Harry Potter-themed break with other London highlights

It is also perfect if you want to catch a premier league football match at Watford FC.

Highlights at Warner Brothers Studio Tour London include the original Hogwarts Express steam engine, including a recreated station platform, Platform 9 ¾, as part of our Harry Potter Studio tour packages. You can also enter the Great Hall, Diagon Alley and the eerie Forbidden Forest. 2019 also sees a new permanant exhibition under the towering marble pillars of the grand banking hall of Gringotts Wizarding Bank. 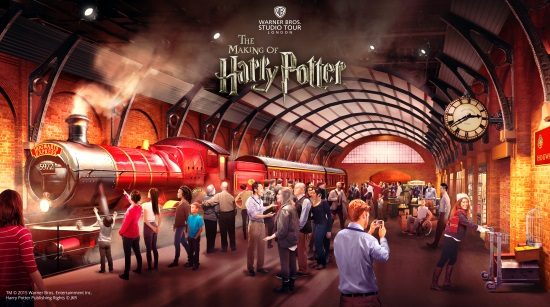 Obviously the studios are not the only place to visit to walk in Harry’s footsteps. If you want to find out more Theatre Breaks would heartily recommend Harry Potter Places. It’s got so much information and we love the Supplementums – great detail!

Thanks for the reviews that we have received – do feel free to send us more: we are always keen to hear what you have to say.

My cousin and I enjoyed the whole experience. We stayed at the Holiday Inn. It was clean, service and food were excellant. The Harry Potter Studio tour was out of this world!! Exceeded our expectations! Would definitely recommend.

I booked on to the Harry Potter Tour, because I could not get my prefered date, direct, at short notice. I'm so pleased I did, an all round great experience, from first contact, to booking, to the day of the tour.

Our hotel was perfectly located in the heart of London, clean, well staffed, and newly refurbished.

On the day of the studio tour, we by passed all the queues with our pre-printed vouchers, great service all round Thank You

We had an excellent break away. The hotel was lovely, staff were polite and courteous and the breakfast was delicious.
The tour itself was very good. I would have preferred an earlier entry time as there was so much to see and it took us almost 4 hours to get around it all. All in all a very good break away with the family.
Thank you.