Recent winner of Olivier Award for Best Comedy, the National Theatre of Scotland’s smash hit production of Our Ladies of Perpetual Succour, returned to London last spring. Theatre Breaks for the hi-octane story of six Catholic choir girls from Oban, let loose in Edinburgh for one day, were at the Duke of York’s Theatre.

“Funny, heartbreaking and raucously rude”, Our Ladies of Perpetual Succour is a musical play,  adapted by Lee Hall (Billy Elliot) from the Alan Warner novel The Sopranos. It is directed by Vicky Featherstone.

‘One of the great theatrical experiences of the year’ 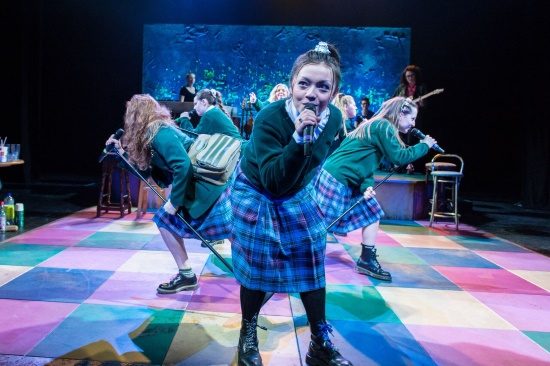 The six girls have come to Edinburgh for a choir competition, but their time in Edinburgh becomes more remarkable for their personal antics during just one rampant day of booze, sex and outrageousness! 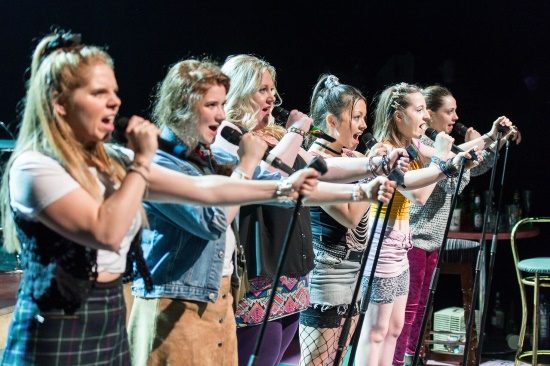 The Oban Girls Come To Edinburgh

The music ranges from classical in style to pop rock, featuring songs from rock group ELO, and is delivered with huge energy and heart by the six actresses who not only play the choristers but also introduce us to the sleazy characters they meet on the way.

Brought to us by Sonia Friedman Productions, the musical play ran at the Duke of York’s Theatre on St Martin’s Lane from 09 May 2017 for 17 weeks.

Forget Hamilton, tickets for the strictly limited run of Our Ladies of Perpetual Succour were one of the most fought after purchases in London’s Theatreland in 2017.