Michael Jackson continues to be a phenomenon! Taking advantage of special offers on Thriller Live Theatre Breaks was your chance to experience the music of the greatest popstar of all time beyond his untimely death! 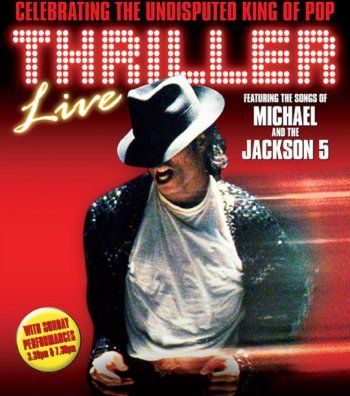 Thriller Live was the London show rocking London theatre audiences night after night at the Lyric Theatre. It brought to life the distinctive sound of the King of Pop with special multi-media effects.

Thriller Live! Theatre Breaks were great value ticket and hotel packages and we had some special deals both for tickets for this tour de force stage extravaganza and for overnight accommodation.

All of Michael Jackson’s popular hits were there: I Want You Back, I’ll Be There, Can You Feel It, Blame It On The Boogie, Beat it, Billie Jean and of course Thriller!. And as well as the songs there was the dancing: a special combination that will get you up and movin’ in this feel-good show.

Last week I saw thriller the musical - it was amazing! The singing was excellent and the stars of the show were all fantastic. We all had good fun!

This show does what it says on the title it is a live tribute to Micheal Jackson …its not the best production in the world but I have to say I was up off my seat and dancing …my 11 year old really enjoyed it ..he was the one getting me up to dance.....I would recommend this for groups of girlies on a girls night out...I got to learn the road Mr Jackson took to get to where he is today...Its a feel good show....and I have to say I came out smiling