School of Rock is the musical adaptation, written by Andrew Lloyd Webber and Julian Fellowes, of the Jack Black comedy movie about a loser (Dewey Finn) who pretends to be his friend to land a lucrative teaching job in a posh school.

The show’s raison d’etre is the musicianship of the pupils at the school, who are co-opted into playing in a rock band so that Finn (affably played by David Fynn) can fulfil his dream of winning Battle of the Bands.

The musical is very true to the movie, even down to Fynn closely resembling Jack Black. Certainly there are no surprises. The kids’ musicianship is excellent and they do that “cute kids being rock stars” very well, but sometimes it comes at the cost of their singing (although little Amma Ris, fills the room with a standout version of Amazing Grace) and the show doesn’t really demand much acting, on anyone’s part.

But this is a show about fun and a certain amount of irreverent silliness and not about the actors art, so no-one really cares that the characters are rather two-dimensional – we are just happy with tight lines and a pacy show – which we get thanks to Julian Fellowes’ script.

The show is full of nods to Lloyd Webber’s back catelogue – from his Variations, to jokes about singing the Cats anthem, Memory. I missed any Downton Abbey quips if there were any.

The show also entertained the audience with a lot of up-to-date gags, with side swipes at Donald Trump getting the biggest laughs, and that’s what the show does best: it entertains the audience it has in front of it.

The cast are enthusiastic, energetic and obviously enjoying every minute and the same goes for the audience.

The music is nothing special although it does have its highlights: Florence Andrew’s second half rendition of “Where Did the Rock Go” is probably the musical high point of the show. 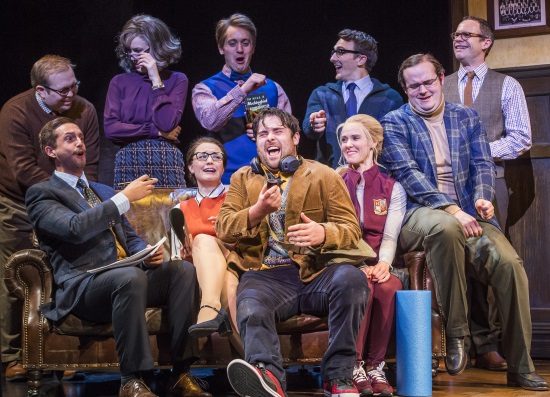 The set slides in and out, backwards and forwards and up and down to keep the action moving quickly, the sound is well managed, keeping the full rock sound without blowing the audience’s ears off and, when all is said and done, everyone leaves with a smile on their face.

It’s all a bit of family fun and perfect for your own little rock monsters!

School of Rock is on at the New London Theatre and is currently booking to February 2017. Judging by the enthusiastic response last night,  it should extend its booking period sooner rather than later.