Ticket and hotel packages for Andrew Lloyd Webber’s  School of Rock theatre breaks, the story of how a rock comes to a posh American school, were the family short break in 2019. 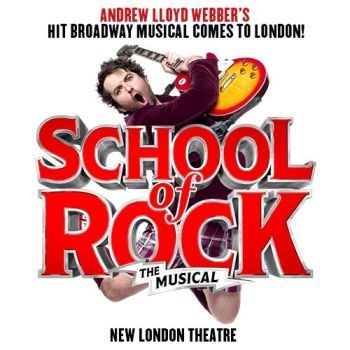 Based on the 2003 film starring Jack Black, School of Rock, the musical, is written by Julian Fellowes (Mary Poppins, Half A Sixpence, The Wind in The Willows, Downton Abbey) and Andrew Lloyd Webber (Cats, Phantom, Jesus Christ SuperStar, Joselph…).

The story follows Dewey Finn, a failed, wannabe rock star who decides to earn a few extra bucks by posing as a substitute teacher at a prestigious prep school. Completely disinterested in academic work, Dewey decides to create his own curriculum, turning his class into a guitar-shredding, bass-slapping, drum-rolling, mind-blowing rock band.

Theatrebreaks.co.uk gives this high-energy show
a whopping 5 stars and a massive thumbs-up for family entertainment.

Lord Lloyd Webber said “It’s my first ever testing a new show in New York. You couldn’t open this in London, as I’ve always done, because we haven’t kids in music school like the US. Twenty-two hundred auditioned (in New York) and we’ve changed things quickly four times. You can’t do it that fast in London.”

As well as all the original songs from the film, Lloyd Webber has composed 14 new songs which, with its sensational live kids’ rock band, is a loving testimony to the transforming power of music. 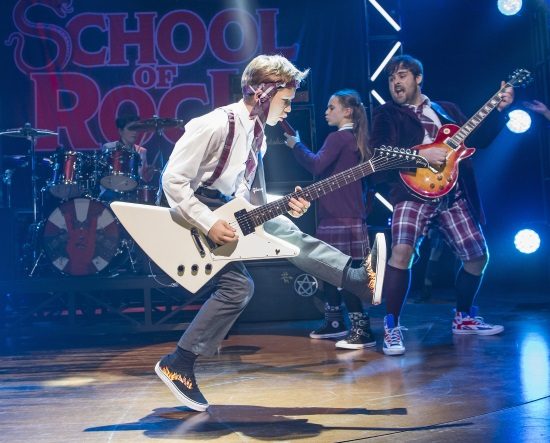 School of Rock Theatre Breaks
Average rating:   1 reviews
Sara B
by Sara B

To be honest I wasn't expecting much because I hadn't been a great fan of the film, but I was more than pleasantly surprised by the stage musical. In my opinion it worked so much better with songs and the fantastically talented children were the genuine stars. Only wish I knew which child cast we saw because I'd love to name them all as utterly awesome. A really, really good show which I am recommending to all friends who have teenage children - they will, just as those that were watching on the night, love it!!!