The Vaults, on London’s Southbank, will transform into a fully immersive 60s venue, this autumn for the 50th anniversary of hippy musical Hair 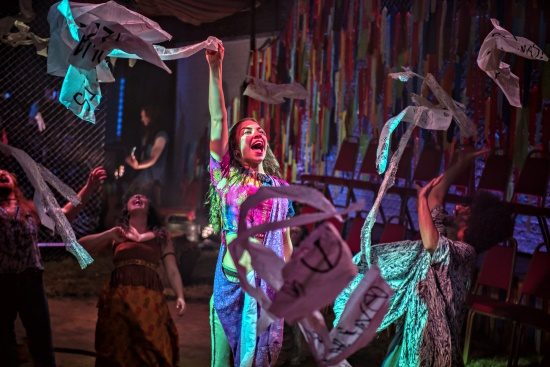 Hope  Mill  Theatre’s  production of the iconic tribal rock  musical, directed by Jonathan O’Boyle (who is cuurently the assistant dircetor on An American In Paris), transfers from the award wining Hope Mill Theatre, Manchester, to London from  Wednesday 04 October for a strictly limited run.

Yearning  to  change  the  world,  questioning  authority  and  the  American  flag, these beautiful people join in protest and  song – under the shadow of war.

So 50 years later, little has changed!

The HAIR immersive  60’s experience will entertain audience both before and after the show with food, late night bar and a  programme of special events including: club nights, live bands, guest appearances, beat poets, midnight film nights of iconic 60’s movies, 60’s art and photography exhibits and a special Gala  Night  on 17 October, celebrating  the  actual opening  off-Broadway  of  Hair  50  years  ago.