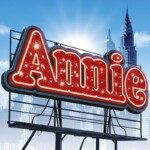 Annie – has been touring the UK and is now coming to London.

Baz Bamigboye (@BazBam on Twitter) is well known for breaking Theatreland stories so it came as no surprise late last night when a tweet arrived heralding the news that the much loved actress and comedian Miranda Hart is deep into negotiations to play Miss Hannigan when Annie, the musical, opens in London’s West End for a short run this year. 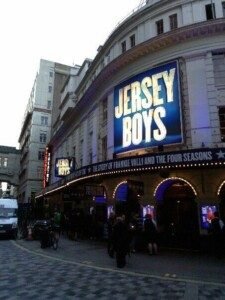 Annie will start a short run at the Piccadilly Theatre, currently home to Jersey Boys, the Frankie Valli story that closes after 9 years in March 2017. The run will start in May after a short season of three Russian plays brought to London by Sovremennik Theatre.

Annie toured around the UK for most of 2016 with Craig Revel Horwood playing the role of the drunk and generally rotten owner of the orphanage where Annie lives.

Miranda Hart, for whom the show will be her West End musical debut, is well known for having a soft spot for the show and especially the song that Hannigan and her brother sing: Easy Street.

More news, about the show and Annie Theatre Breaks, will be released soon.