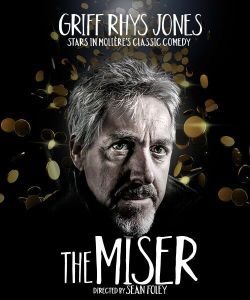 this hilarious new adaption by director Sean Foley and writer Phil Porter of Moliere’s classic comedy, The Miser, which  ran at the Garrick theatre in 2017.

Two-time Olivier award-winner Jones, who was last seen on the London stage as Fagin in the musical Oliver!, starred alongside BAFTA and British Comedy Award winner Lee Mack who made his West End debut.

Stand-up comedian Mack cut his acting teeth in the BBC comedy series Not Going Out and is currently team captain on the tv panel show Would I Lie To You  as well as a regular host on Have I Got News For You, Nevermind the Buzzcocks and 8 out of 10 Cats Does Countdown. 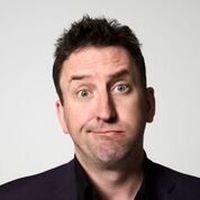 So what’s The Miser about, you may well ask? Fanatical about protecting his wealth, the paranoid Harpagon suspects all of trying to flinch his fortune and will go to any length to protect it. Motivated only by money, he sets his about securing wealthy spouses for his children in order that they will have no need for his riches. As true feelings and identities are revealed will Harpagon allow his children to follow their heart, or will his love of gold prove all-consuming? Passion and purse strings go head to head in this rip roaring comedy directed by Sean Foley (The Painkiller, The Ladykillers, Jeeves and Wooster).

The Miser is on at the Garrick Theatre just by London’s famous Leicester Square – a great venue for a London theatre break as it is right in the heart of the West End, just minutes from Covent Garden, Trafalgar Square and Piccadilly Circus.

Ticket and hotel packages for The Miser Theatre Breaks were available until 10th June 2017.