This year we were proud to offer Strictly Come Dancing Theatre Breaks at selected venues around the UK. 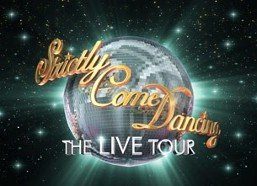 So everything was in place to give you a weekend that you will surely score 10 out of 10! All you needed to do was choose where you’d like to see the Strictly Come Dancing Tour Live 2017.

*Judge Rinder will appear in Manchester only