Posh at the Duke of York’s Theatre, London

‘POSH is lively, funny and wickedly timely!’
The Times 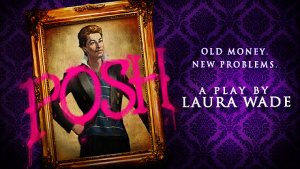 One thing I will say is that the cast looks pretty good and the Royal Court Theatre is an absolutely cracking production company – so the chances are that it should be well worth a visit.  It is on a short run – 3 months from the middle of May to the beginning of August – so don’t leave thinking about it for too long.

So here is the official stuff! if you need to know before booking your Posh Theatre Break

‘A good old-fashioned piece of Class War’
The Daily Telegraph

In an oak-panelled room in Oxford, ten young bloods with cut-glass vowels and deep pockets are meeting, intent on restoring their right to rule. Members of an elite student dining society, the boys are bunkering down for a wild night of debauchery, decadence and bloody good wine. But this isn’t just a jolly: they’re planning a revolution.  Welcome to the Riot Club.

Hotels for Posh (or Posh Hotels?)

The Duke of York’s Theatre is on St Martin’s Lane, right in the middle of theatreland so anything with a WC2 postcode will be close by, and much of W1 is only a short walk. But the theatre is above Leicester Square tube station (although you have to walk round the block to get in) so access is easy from anywhere by tube.  No buses go down St Martin’s Lane but they do go down Charing Cross Road which runs parallel.

The very nearest hotels are the 5 star Radisson Edwardian Hampshire and the 4 star Guoman Charing Cross. The Strand Palace isn’t too far either. The three star St Giles is just up Charing Cross Road by Oxford Street, but if you are on a budget and the only thing that you want to be posh is the play then the Travelodge Covent Garden is close and cheap!