To help celebrate the show’s second birthday in London this week, Carole King surprised the cast and audience when she made her second visit to see the West End production of Beautiful – The Carole King Musical. 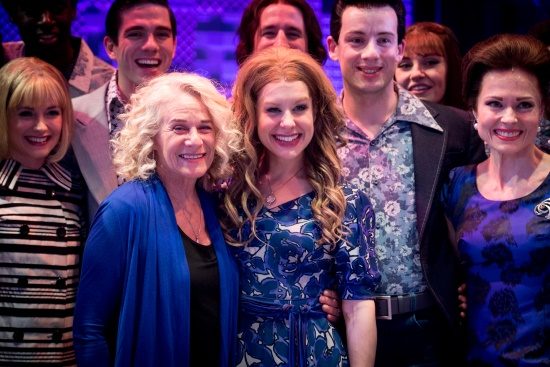 In front of a sell-out performance, King walked on stage during the curtain calls to give the cast and the audience a surprise that they will not forget for a long time.

The award-winning singer was greeted with a standing ovation and she thanked the cast and audience, as only she can, by giving them a wonderful live performance of her classic hit You’ve Got A Friend.

After the show, King said “I was so excited to surprise the cast, they genuinely had no idea, nobody knew!

She also paid a special tribute to Cassidy Janson who plays King in the musical – saying “CJ literally brought me to tears this evening with her performance of ‘Natural Woman’.  She was who I was, she felt what I felt.  She was me!”

Beautiful – The Carole King Musical is playing at the Aldwych Theatre, London, is now booking right through the summer and Autumn up to 04 November 2017 with a further 130,000 tickets now on sale.