WORKING, the extraordinary genre-defining musical from Grammy and Academy Award-winner Stephen Schwartz (Wicked, Godspell) based on Studs Terkel’s best-selling book of interviews with the American workforce, will open at the Southwark Playhouse in June 2017. 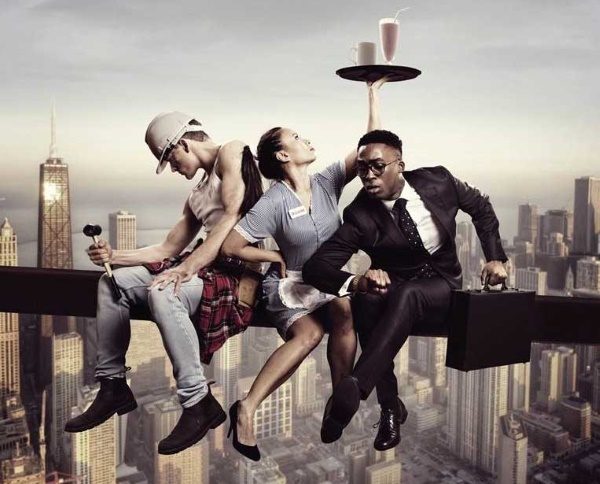 Working at the Southwark Playhouse

This highly original and universal portrait of the American workday is told from the perspective of those that the world so often overlooks – the schoolteacher, the housewife, the fireman and the waitress, amongst many – whose daily grind and aspirations reflect the truths of the people that make up a nation.

Gillian Bevan is best known as Clare Hunter in the C4’s Teachers and she has also appeared in Holby City (BBC1) and Doctors (BBC 1). She was last seen in Theatreland playing Mrs Wilkinson in Billy Elliot.

Krysten Cummings originated the role of Mimi Marquez in the London production of Rent, receiving an Olivier Award nomination.

Dean Chisnall played Shrek in Shrek the Musical at the Theatre Royal Drury Lane. He has also appeared in Andrew Lloyd Webber’s Love Never Dies at the Adelphi Theatre and La Cage Aux Folles at the Playhouse Theatre.

Siubhan Harrison most recently starred as Sarah Brown in Guys and Dolls at the Savoy Theatre and Phoenix Theatre. Other Theatreland credits include Lorene inTim Rice’s From Here to Eternity at the Shaftesbury Theatre, Sally Simpson in The Who’s Tommy at the Prince Edward Theatre and Rizzo in Grease at the Piccadilly Theatre.

Peter Polycarpou’s credits include Nathan Detroit in Guys and Dolls and Inspector Messiter in The Magistrate, the original casts of Claude-Michel Schönberg and Alain Boublil’s Les Misérables and Miss Saigon and Ali Hakim in the National Theatre’s Olivier Award-winning production of Oklahoma! with Hugh Jackman and Maureen Lipman.

Peter played Chris Theodopolopodous in Birds of a Feather (BBC1).

Liam Tamne’s London theatre crediots include Raoul, in The Phantom of the Opera at Her Majesty’s Theatre, Enjolras in Les Misérables at the Queen’s Theatre and Link Larkin in Hairspray at the Shaftesbury Theatre.

Thanks to grants from Arts Council England, completing the cast of the European Premiere of WORKING at Southwark Playhouse are six young performers (auditioned from over 130 drama school students and aspiring young performers) all making their professional debuts. They are Patrick Coulter (Bird College of Dance), Nicola Espallardo (Guildford School of Acting), Izuka Hoyle, Luke Latchman, Huon Mackley (all Arts Educational Schools, London) and Kerri Norville (Bird College of Dance).

WORKING, which first opened on Broadway in 1978, employs a range of musical styles and genres from contributing composers, including five-time Grammy Award-winner James Taylor and Pulitzer Prize-winner Lin-Manuel Miranda (Hamilton, In The Heights), as well as Craig Carnelia, Micki Grant, Mary Rodgers and Susan Birkenhead.

WORKING opens on 7 June 2017, with previews from 2 June, for a strictly limited season ending 8 July 2017 and is directed by Luke Sheppard.