The Wind in the Willows Theatre Breaks

Come to London to see Wind in the Willows – a spectacular new musical, written by Julian “Downton Abbey” Fellowes and George Stiles and Anthony Drewe – and stay over night on a magical Wind in The Willows Theatre Break.

Join the irrepressible Toad and his three friends, Badger, Ratty and Mole, on their adventures, from lazy days on the riverbank, to speeding cars, a jail break and criminal deeds cooked up in the Wild Wood.

Wind in the Willows theatre breaks will bring an explosion of anarchy, comedy and heart to the wonderful London Palladium from June 2017, lovingly bringing Kenneth Grahame’s masterpiece vividly to life with beautiful design, exuberent choreography and bundles of fun!

Rufus Hound, who is currently playing Toad in the musical in Plymouth, will play Toad in the West End. Hound first appeared in London’s West End in the award-winning One Man Two Guvnors and has since starred in Dirty Rotten Scoundrels with Robert Lindsay. 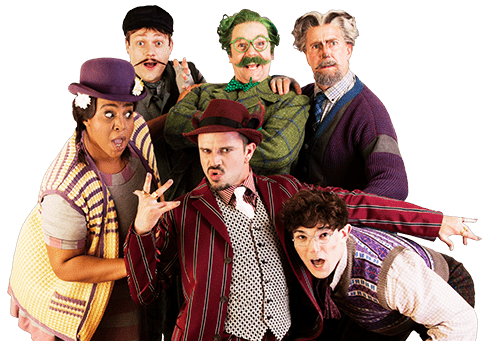