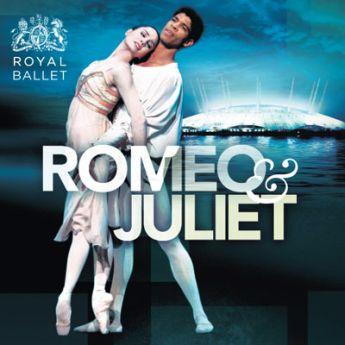 The Royal ballet presents Romeo and Juliet at the O2 Arena, London

There are two tickets up for grabs to Romeo and Juliet at the O2 this Saturday night.

A Multi-Media Production
Bringing you even closer to the action, the performances will feature a filmed introduction to each Act, on giant, live-relay screens, as well as the virtuoso performances from one of finest ballet companies in the world.

Be Social to Win!

All new fans of the Facebook page, and all new followers on Twitter (@_TheatreBreaks_) between today and Thursday – will be entered into a prize draw for the tickets.

All Retweets of our Competition Tweet will also class as an entry. So you can get your name in the hat a maximum of three times! Follow, Retweet, and Like!