Who’s On at 2018 The Underbelly Festival 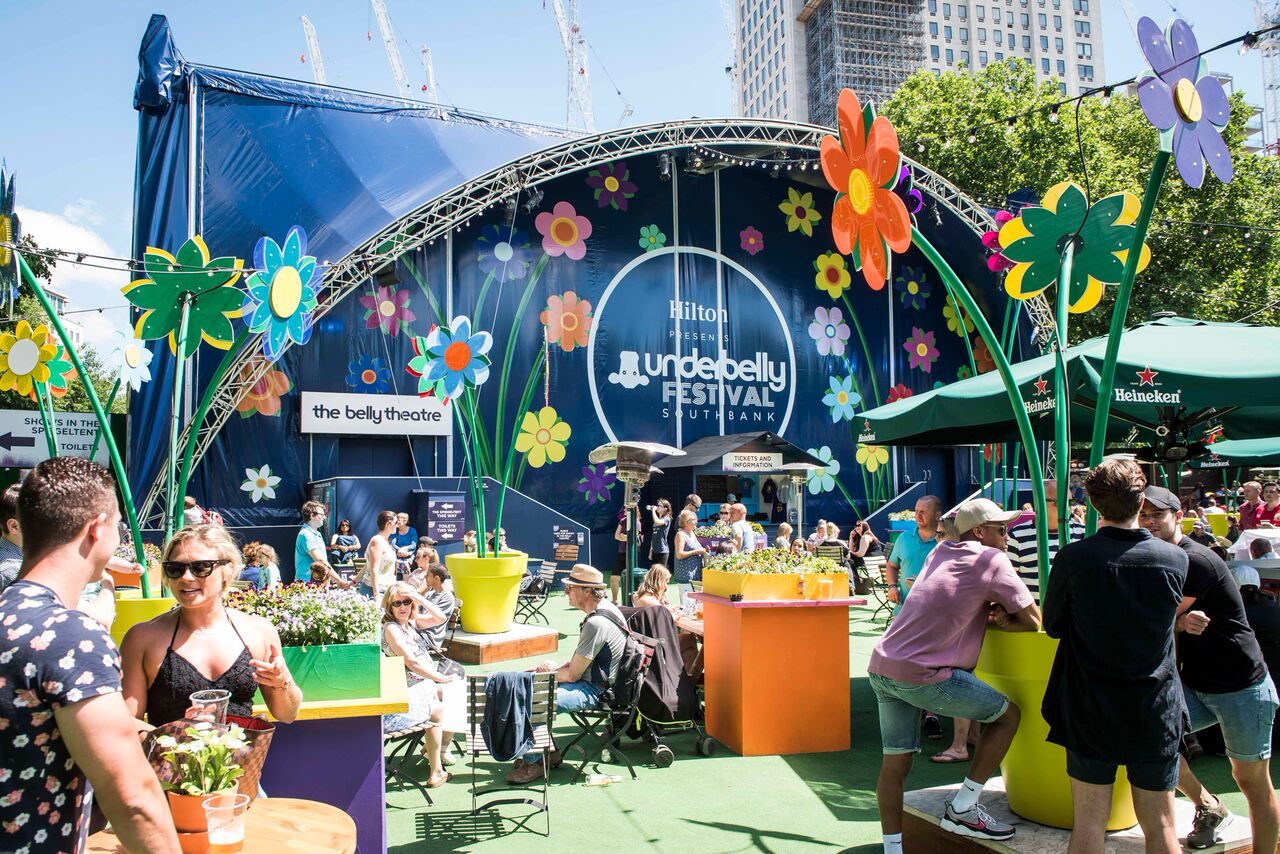 “It’s hard to believe it’s been ten years since we first landed on the Southbank but we’re celebrating in style with our most exciting programme yet. As well as providing a range of brilliant comedy, cabaret, family entertainment, food, drink and bars, our headline shows all demonstrate the richness and variety of circus performance all around the world and it’s amazing to be hosting them mere yards away from the birthplace of circus 250 years ago.”

SOAP runs from 3 May to 17 July 2018 and is a modern twist on the grand tradition of European Circus: combining acrobatics and water for a visually extraordinary and riotously fun spectacle that includes bathtub acrobatics, a mop ballet and a spectacular rainy finale.

Circolombia will be enjoying its London premiere. One of 2017’s Edinburgh Festival Fringe successes, Circolombia  is a fiery Latin circus-concert infusing the world’s best circus performers and a powerful original live soundtrack with Colombia’s vibrant cultural heritage. Catch it between 24 May and 14 July 2018.

When it comes to comedy, The Underbelly promises a riot of laughs going through spring and into summer

Comic highlights, in no particular order, include:

This year’s Underbelly Festival will also offer its most extensive and exciting range of family entertainment to date from the likes of Dick & Dom – making the festival their new bungalow on June 9-10, Metta Theatre, who reinvent Hans Christian Anderson’s classic in Metta’s Little Mermaid – The Circus Sensation using their signature blend of circus, physical theatre, contemporary dance and spoken word (24 July – 12 August), as well as the world’s foremost ‘bubbleologist’ The Amazing Bubble Man (21-22 &26-29 May), time-travelling magicians Morgan & West (7, 8 & 28 July, 27 August), riotous interactive shenanigans for kids (and plenty of jokes for parents) from Funz and Gamez (8 July) and Monski Mouse’s Baby Disco Dancehall (various dates 6 May-30 September), which gets the teeniest of boppers singing and dancing.