There is nothing to beat the perky enthusiasm of a fringe cast about to embark on something slightly silly! There is something intangible yet immediately recognisable and whole-heartedly likeable about it. 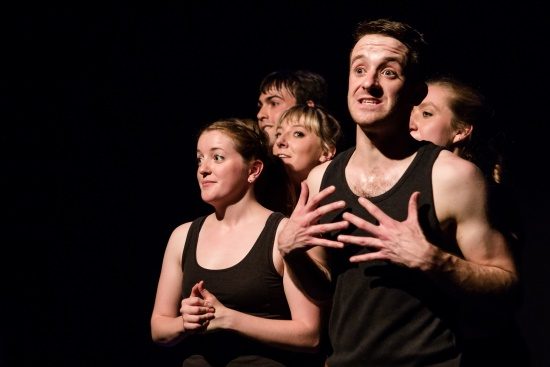 It’s the “I’ve got a secret and I’m dying to tell you” pop-eyed energy mixed with a nagging doubt that the hour, that the theatre is booked for, isn’t going to be quite long enough!

So, excited, we dive into… the middle of the story. Agh! Quickly adjusting the plan of attack we switch back to the beginning. But is it too far in the beginning? Who knows! So we all just bundle along with the story and I’m sure we will get there, in the end.

No wonder they are confused. They are Silesian!

So the five members of the Rauchbach Greasley Association Society Club, formed to celebrate the love between Horace Greasley and Rosa Rauchbach, dive into the story with the aforementioned cheerfulness.

It’s a cracking tale and perfect for this sort of “Ripping Yarns” treatment and it’s true, well most of it!

Horace Greasley is an English prisoner of war. He falls in love with Rosa, the camp translator and daughter of the nearby quarry owner and they proceed to have the most extraordinary love affair.

So onto the telling.

The piece has a wonderful flow to it. The 5-strong cast effortlessly switch characters, to tell the story. Our romantic leads are delightfully played by Rianna Deardon and Daniel Holme but the hard work is put in by Dan Armstrong, Olivia Hirst and Agnes Wild who populate the story with the rest of its characters – inmates, guards, friends, relations, Silesian etc. 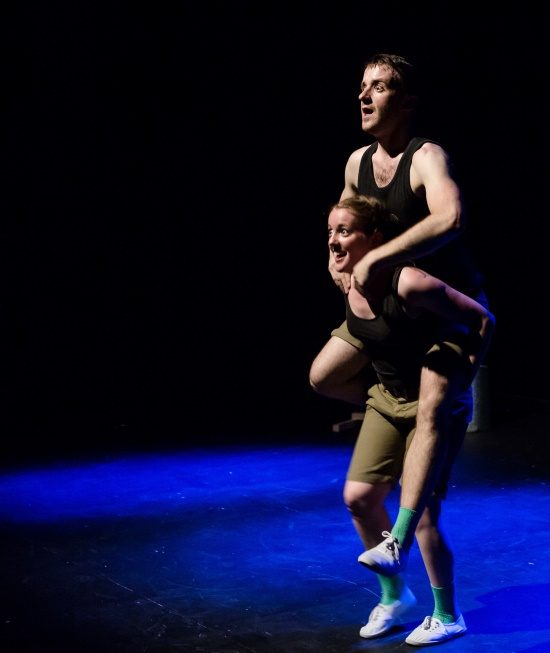 Imaginative use of props and sound help create the scenes quickly and with the minimum of fuss, allowing the story to speed on. The simple, percussive use of broom on floor is used to particularly good effect.

What is most impressive is how well the cast work together and director, Louise Skaaning, has successfully created an effective single organism out of the five actors.

With slick, split-second-perfect choreography, as Rosa and Horace embrace every time a guard’s back is turned, or as the cast switch roles, by the simple mechanism of how they hold a mop handle, the company perform as one throughout.

Design is minimal but effective, the vest tops and khaki shorts evoking a vaguely military feel halfway between dishevelled prisoner and starched prison guard. Lighting is slick, on queue and accurate. Sorry I know that is boring but what more do you want: it was a great lighting job!

All in all it was a very jolly hour, jolly well spent and worth coming back 200 times for!