Home > Theatre News from London's West End > Rehearsal Photos for The Goat, or Who Is Sylvia

Here at Theatre Breaks, we have got our hands on rehearsal images, featuring Damian Lewis and Sophie Okonedo and the rest of the cast, working on the new production of Edward Albee’s The Goat, or Who Is Sylvia?, ahead of the play’s first preview this week at the Theatre Royal Haymarket.

Albee’s darkly comic play about a family in crisis will run for a strictly limited 12 week season at the Theatre Royal Haymarket from 24 March to 24 June 2017 and by all accounts rehearsals have been going well. 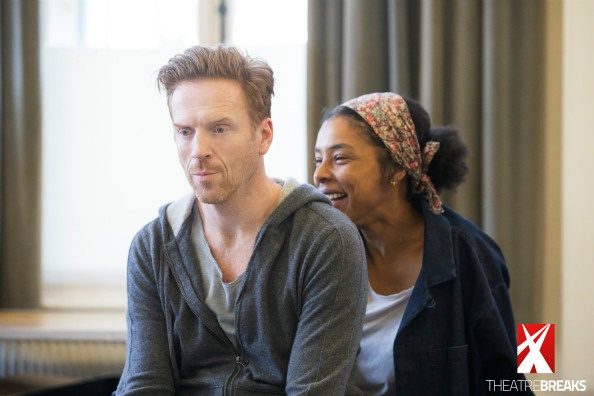 In Ian Rickson’s production, a husband and successful New York architect with everything to lose must confess to his wife and son that he is having an affair and face the dizzying, explosive consequences. Damian Lewis and Sophie Okonedo play husband and wife Martin and Stevie, joined by Jason Hughes as Martin’s oldest friend Ross and newcomer Archie Madekwe as their son Billy. 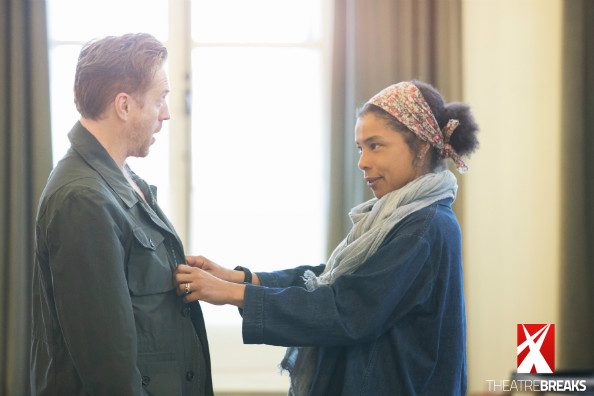