The King’s Speech Comes to London 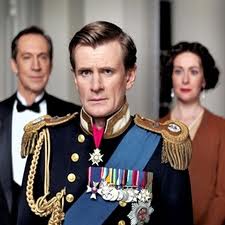 This moving story that took the cinematic world by storm is now a stage play and is in London until 12 may 2012.

The hugely successful film which stared Colin Firth, Geoffrey Rush and Helena Bonham CarterBertie The King’s Speech was always supposed to be a play so it is no surprise that the adaptation, which has been on a very successful tour around the UK, is coming to London and the Wyndham’s Theatre on Charing Cross Road.

The King’s Speech Theatre Break are no longer Available

If you have not seen the film the The King’s Speech tells the true story of a friendship that changed history. Of how the Duke of York, a shy and fragile man, afflicted with a profound stutter, comes to be king when his older brother David, now Edward VIII, abdicates his throne and of how the Duke’s wife, Elizabeth, turns to a Harley Street speech therapist from Australia to help him move from a shy and awkward royal to the King of England.

The events that take place in the consultation room are the heart of this drama. Can Bertie, the reluctant King, get through his Coronation and, even more daunting, speak via the BBC to anxious millions throughout the nation and throughout the world?

The King’s Speech is a super film and a super play and a great way to spend an evening in London’s theatrland.

The Wyndhams Theatre is just above Leicester Square Tube station so the closest hotel is the 5 Star Radisson Hampshire Hotel, but because the theatre is so handy for the tube, most London hotels are within easy striking distance of the theatre.

Theatre: Wyndham’s Theatre
A Grand, late Victorian theatre built in 1899 by Sir Charles Wyndham and designed by WGR Sprague. Pretty, circular foyer with painted ceiling. Auditorium is renowned for being one of the most beautiful in the west end.
Address: Charing Cross Road, London WC2H 0DA
Facilities
Facilities for hard of hearing and access for disabled patrons.
Guide dogs also welcome (please arrange prior to arrival)
Occasional performances with sign language interpretation.
Bars: in the Stalls, Dress Circle, Upper Circle and Balcony.
Ice Cream, confectionery, bar snacks souvenirs and programmes all available
Toilets: Ladies and Gents off of the Foyer and Stalls areas. Gents only at Dress Circle, Ladies only at Upper Circle and Balcony levels.