The Theatre Royal Haymarket was built by John Potter, a carpenter, on the site of the King’s Head Inn and the Gun Smith shop. It opened on December 29th with the play La Fille a la Mode, presented by His Grace The Duke of Montagu. The front of theatre has been completely restored to its original design in gold and cream and is now one of the finest theatres in London. It’s stage curtain is considered one of the most beautiful in the world. More information available from Wikipedia 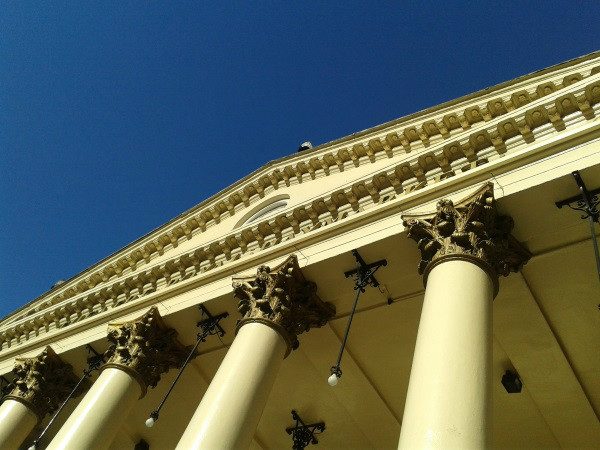 The Libertine, Breakfast at Tiffany’s, How the Other Half Loves, Bad Jews, Mr Foote’s Other Leg, McQueen, The Elephant Man, Harvey, Taken at Midnight, Great Britain, Daytona, Fatal Attraction, One Man, Two Guvnor’s The Lion in Winter, Cyrano de Bergerac