Built four times on the same site, the first Theatre Royal, lasted from 1663 to 1672. It was destroyed by fire on 25th January 1672; The second building, and the first on the plot to be called Theatre Royal Drury Lane, was re-built by Sir Christopher Wren and opened on 26th March 1674 in the presence of King Charles II. Over a century later it was demolished in 1791 because it was too small and out of date; The third building, (1794-1809) was designed by Henry Holland and opened on 12th March 1794. This building burned down for the second time on 24th February 1809; The fourth and present building, was designed by Benjamin Wyatt. It opened on 10th October 1812 with a performance of “Hamlet” – they’ve now banned smoking! More information 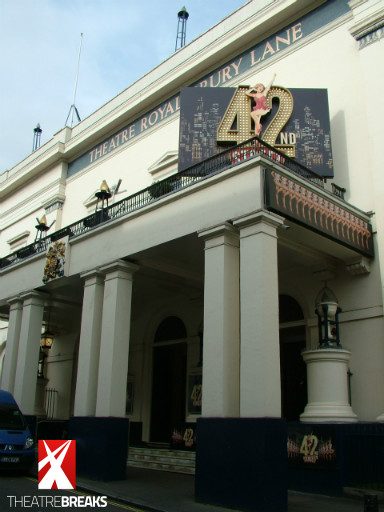 Future, current and past productions at the Theatre Royal Drury Lane

Charlie and the Chocolate Factory, Shrek, Oliver, Lord of the Rings, The Producers, Miss Saigon, 42nd Street, A Chorus Line