Qdos Entertainment returned to London’s West End with Snow White at the London Palladium for a strictly limited 5 week run, with Snow White Theatre Breaks in 2018. The popular pantomime starred Dawn French as The Wicked Queen and saw the return of Julian Clary as The Man in The Mirror, Paul Zerdin as Muddles, Nigel Havers as The Understudy and Gary Wilmot as Mrs Crumble. 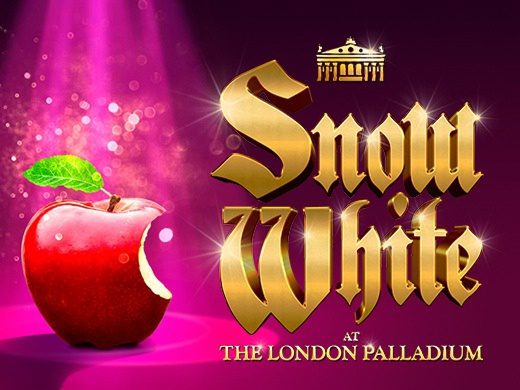 Joining them were Strictly Come Dancing professionals Vincent and Flavia as The King and The Queen!

As the world’s biggest pantomime producer, over the past 36 years Qdos Entertainment has established itself as one of the largest entertainment companies in Europe. Over the past three decades the pantomime giant has staged 719 pantomimes.

The London Palladium has several three, four and five star hotels nearby, and being just off Oxford Street it is a great place to come to after a day’s Christmas shopping! Book your Theatre break, to see Snow White in London, now.

IMPORTANT: Please note that the appearance of any particular artist cannot be guaranteed, due to illness and holidays. Recommended age limit 5 years and above. Please also note that the London Palladium has a “no babes in arms” policy.