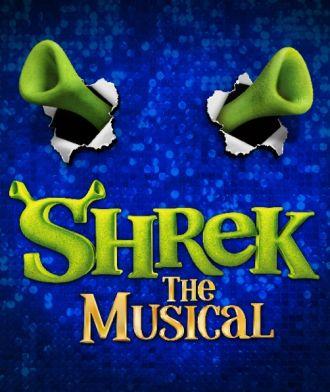 Shrek – the musical opened last year at the Theatre Royal Drury Lane, London, to rave reviews and mass excitement and its run was enjoyed by thousands.

Shrek – the musical has now closed. Check up what is on at the Theatre Royal, Drury Lane next.

Join Shrek (Dean Chisnall), our unlikely hero, and his loyal steed Donkey (Richard Blackwood) as they set off on a quest to rescue the beautiful (if slightly temperamental) Princess Fiona (Carley Stenson ) from her tower, guarded by a fire breathing love-sick dragon. Add the diminutive Lord Farquaad (Neil McDermott), a gang of fairytale misfits, and a biscuit with attitude, and you’ve got this year’s must see new musical comedy – SHREK THE MUSICAL!

Check out our Ticket only and Meal Deals for Shrek

Shrek – the Musical brings the characters, loved by all ages, magically to life, in a spectacular and hilarious new production for Theatre Breaks which turns the world of fairytales upside down in an all singing, all dancing, irresistible mix of magic, laughter and romance featuring an all new score, as well as cult Shrek anthem – I’m a Believer.

This show is not short of stars and whilst it enjoys its run at the Theatre Royal Drury Lane is as “West End” as you can get – so a perfect highlight to a London Theatre Break.

Shrek – the musical manages to entertain both adults and ankle-biters to such an extent that you feel it is a proper grown-up night out at the theatre (which is great because the kiddies get that too and behave!).

Anyway that is all thanks to writer David Lindsay-Abaire and directors Jason Moore & Rob Ashcroft with some super music provided by Jeanine Tesori.

The closest hotels to the Theatre Royal Drury lane are the 4 star Kingsway Hall Hotel, the 3 star Travelodge Covent Garden and the 5 star Savoy Hotel which offers theatregoers possibly the widest choice of accommodation with 400 yards imaginable: from the value at the travelodge to the opulence of the recently refurbished five star hotel.

I the middlw the Kingshawy Hall is an excellent 4 star hotel.  If that is full then the equally excellent Guoman Charing Cross Hotel is worth a look. If you have no luck there try one of the Radisson Edwardian hotels: Mercer Sreet, Bloomsbury Street or Kenilworth Hotels.  There is also the Strand Palace Hotel which is really a three star but has had so much money spent on it that it really can now be considered a 4 star hotel: although some of their standard rooms can be quite small.

If you want to stay elsewhere in London you can get to the Theatre Royal Drury LAne easily from any hotel on the Piccadilly Line.