Sheena Easton is to star in the 2017 production of 42nd Street, coming to the Theatre Royal Drury Lane.

The Modern Girl may be a Grammy Award winning artist who has sold over 20 million records around the world but, when she takes on the role of Dorothy Brock, she will be making her West End debut. 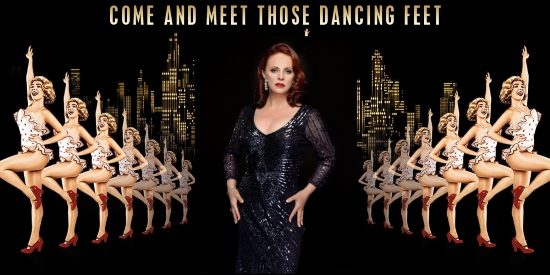 She is not a newcomer to the stage, having appeared, in the States, as “Aldonza/Dulcinea” in ‘Man of La Mancha’ and Rizzo in “Grease” whilsts screen credits include ‘Miami Vice’, ‘The Highlander’ and ‘Outer Limits.’

42nd STREET is the song and dance, American dream fable of Broadway and includes some of the greatest songs ever written, such as ‘We’re In The Money’, ‘Lullaby of Broadway’, ‘Shuffle Off To Buffalo’, ‘Dames’, ‘I Only Have Eyes For You’, and ‘42nd Street’.

Easton will be joined by Tom Lister, best known for playing Carl King in Emmerdale, who will star as ‘Julian Marsh’. ‘Peggy Sawyer’ will be played by Clare Halse who is fresh from appearing in the hugely successful Gypsy at the Savoy Theatre.

And if you are mad about tap, the tap-tastic Stepping Out opens in London in March 2017 and stars Amanda Holden.