Da Vinci, Machiavelli and Borgia? That’s one heck of a household! 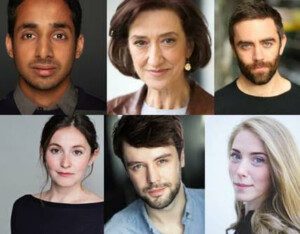 Renaissance – What’s it about?

A little known fact is that, in 1502, Leonardo da Vinci, Niccolò Machiavelli, and Cesare Borgia, were all living under the same roof.

The action begins with Borgia in crisis: he longs to escape the weight of ruling, so appoints a little-known politician called Machiavelli to rule in his place. At the same time, Leonardo da Vinci decides that the pressures of the artistic life are unbearable, so he goes into politics. When Borgia disguises himself as an artist in his own court, the circle of transformation is almost complete…

“As this play is all about re-birth and identity, it feels like exactly the right project for this moment. says Renaissance’s director Emma Butler. It’s written as deliberately as ‘high style’, and therefore works brilliantly for outdoor performance.

Due to Covid-19, this project has of course, faced a series of unique challenges, but conversely, we’ve been given a chance to assemble an extraordinary company of actors that we would most likely never had access to in normal times. Because of these combining factors, I think I’m right in saying that we’re lucky enough to be one of the very few pieces of new writing to be premiered in the UK this September.

Directing a socially distanced production with a play where everyone is trying to get close to everyone else has been an original experience, but we’ve had a very enjoyable rehearsal process exploring that, and it very much helps that the two actors who have to kiss on stage are in the same bubble off stage.

The Cast of Renaissance

Tickets are available at www.stephenshouseandgardens.com/events/renaissance