Nica Burns has announced that Nimax Theatres will launch a full programme of shows, at each of their six London venues, before the hugely popular Harry Potter and the Cursed Child (Palace theatre), Everybody’s Talking About Jamie (Apollo theatre), Magic Goes Wrong (Vaudeville theatre), The Play That Goes Wrong (Duchess theatre) open on soon to be announced dates throughout the winter. Details on this special season of shows will be announced over the next fortnight.

First to open will be This is Going to Hurt at the Apollo Theatre on London’s famous Shaftesbury Ave. It is written and performed by ex-NHS doctor Adam Kay who will open his run with a free performance for NHS staff on 22 October.  Tickets will soon be on sale at www.nimaxtheatres.com

Even though Nimax Theatres will be opening at a loss, management is determined to help kick start London’s West End. 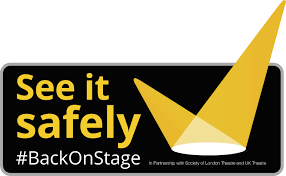 Why is Nimax opening at a loss?
After investigating the costs of longer term shut down and the inevitable redundances, Nimax decided to put the potential redundancy monies towards employment rather than unemployment.

Whilst they will not make a profit, re-opeing their theatres will allow them to save jobs across all staffing area and create freelance jobs.

Even at a reduced capacity, the six Nimax theatre will attract visitors to the West End, helping local, bars, restaurants and hotels to climb out of lockdown

As a whole this will help boost confidence in the safety of returning to London theatres.

Nimax are proud to display the new industry See it Safely mark to show that their venues are compliant with the very latest government guidelines.