Home > Archive > Love’s Labour’s Lost & Much Ado About Nothing

Playing in rep along-side Much Ado About Nothing, the Royal Shakespeare Company  & Chichester Festival Theatre co-production of the Shakespearean “rom-com” Love’s Labour’s Lost  returned to the stage for a four month run at the Theatre Royal Haymarket. 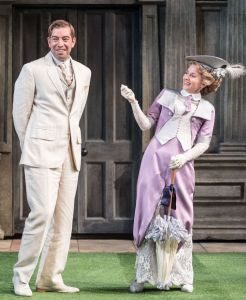 Reviving the 2014 acclaimed production, director Christopher Luscombe sets the play in the summer of 1914 with the world, unknowingly, on the brink of war. A young King and his friends pledge to avoid the company of women for three years and throw themselves into their studies. Thier dedication, however, is short-lived with the untimely arrival of the beautiful Princess of France and her ladies-in-waiting.

Shakespeare’s mischievous comedy presents the question : is the study of the opposite sex, in fact, the highest of all academic endeavours?

Last seen in 2014 in Stratford-upon-Avon, the Royal Shakespeare Company and Chichester Festival Theatre co-production of Much Ado About Nothing came to the West End for a limited four month run playing along-side Love’s Labour’s Lost. 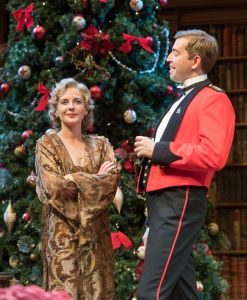 With the sub-title “Love’s Labour’s Won”, Much Ado About Nothing is the ideal partner for Love’s Labour’s Lost as both focus on the loves and losses of a group of young men and women who think they know about everything about love, but in reality know very little.

Set in 1918, a group of weary soldiers return from the front to be greeted jubilantly by their women-folk. It is not long before the memories of the trenches are put aside as a masked ball is announced by their host, whose beautiful daughter, Hero, has taken the eye of handsome Count Claudio.  Meanwhile, old friends Benedict and Beatrice re-ignite their war of words as they try to out-do each other with quips and jokes, little knowing where their sarcastic put downs will lead them.

Love’s Labour’s Lost & Much Ado About Nothing Ticket Information