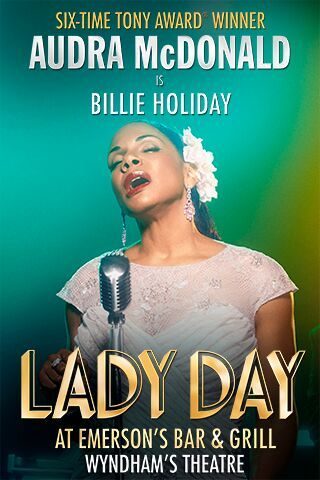 The Wyndham’s Theatre hosted this intimate evening filled with inspiring and moving songs interspersed with personal stories of Holiday’s loves and losses through a turbulent but extraordinary life.

Featuring some of Billie’s best loved songs, including God Bless the Child, Taint Nobody’s Biz-ness, What a Little Moonlight Can Do, Strange Fruit and Crazy He Calls this legend’s got a life to sing.

Six-time Tony Award winner Audra McDonald, is one of Broadway’s biggest stars. Her performance in Lady Day at Emerson’s Bar & Grill at the Circle in the Square Theater, New York, in 2014, earned her one of those record breaking six Tonys!