Despite it famously NOT winning the Oscar for Best Picture at the weekend, La La Land is being adapted for the stage and a London opening. 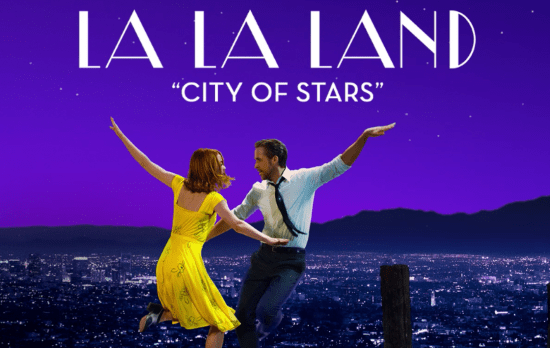 The film, which was released only last month and stars Emma Stone and Ryan Gosling, has already made over £30million in the UK alone, so it is sure to be yet another block-busting musical, here in London, following the likes of block-buster musicals like The Book of Mormon at the Prince of Wales Theatre and Hamilton, which opens later in the year.

La La Land, which tells the story of an actress and a jazz pianist who fall in love, is a classic romantic movie tale, told in the time-honoured fashion of Hollywood musicals.

Work has only just begun on the stage version and no date set for a London opening. The stage adaptation will include new material including brand new songs and the film’s producer, Jordan Horowitz, also admitted that they didn’t even know what parts of the story they wanted to keep.

At the 2017 Oscar Ceremony, held last weekend, Warren Beatty and Faye Dunaway mistakenly announced the musical as winner of Best Picture, after Beatty was given the wrong envelope. The ceremony was interrupted and the award eventually given to the actual winner, Moonlight.

It wasn’t too bad a night for La La Land: it won six Oscars including Emma Stone’s best actress award!

It will no doubt also become the answer to Pub Quiz questions for many years to come!