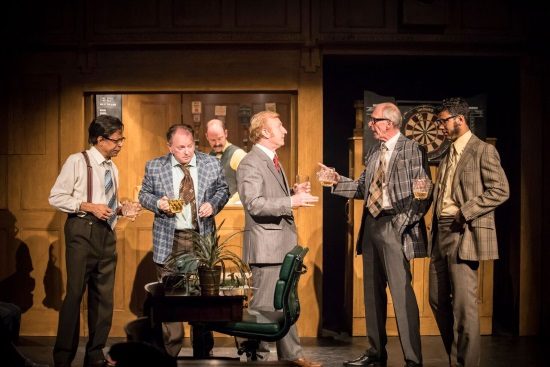 Following two sold out runs at the National Theatre, This House transport audiences back to 1974 and the politically turbulent times which saw a hung parliament governing the United Kingdom trying to navigate itself through a economic crises.

Votes in the House of Commons are won or lost by the narrowest of margins and fist fights in parliamentary bars are abound. Even sick MPs are forced through the lobby to register their all important vote.

This House Theatre Breaks are at the Garrick Theatre just by London’s famous Leicester Square – a great venue for a London theatre break as it is right in the heart of the West End, just minutes from Covent Garden, Trafalgar Square and Piccadilly Circus.

Ticket and hotel packages for This House Theatre Breaks are available from 19th November 2016 to 25th February 2017. If you are looking for hotels close by then there is the Radisson Edwardian Leicester Square or the 3 star St Giles Hotel. The 4 star Strand Palace Hotel is not far too and of course there is always the 5 star Savoy!

Check out our review of the opening night of This House