The creative team from The Curious Incident of the Dog in the Night-Time come back together for the UK premiere of Heisenberg: The Uncertainty Principle at the Wyndham’s Theatre in London and Heisenberg tickets are now available for the whole run, starting in October. 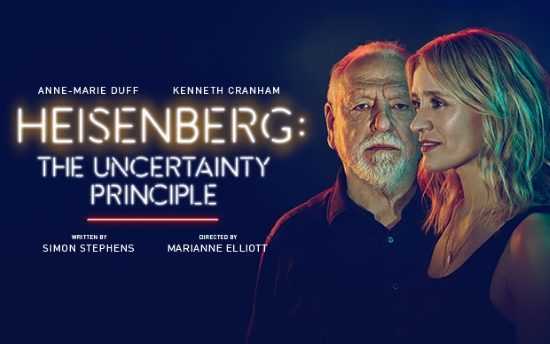 In this uncertain world, who can predict what brings people together? When two strangers meet by chance amidst the bustle of a crowded London train station, their lives are changed forever.
A surprising and life-affirming new play starring the critically acclaimed Anne-Marie Duff and Kenneth Cranham.

For their first production Marianne Elliott reunites with playwright Simon Stephens, and the creative team from The Curious Incident of the Dog in the Night-Time for the UK premiere of Heisenberg: The Uncertainty Principle.

A soaring, suspenseful, thrilling and wondrous play.
Heisenberg resonates in your mind long after it’s over
Ben Brantley in The New York Times