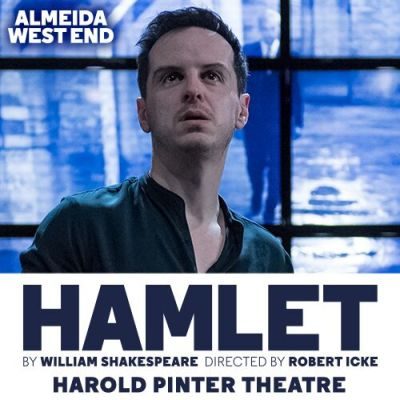 What would Holmes have to say about his nemesis, Moriarty, following in his footsteps?

Two years on from Benedict Cumberbatch’s sold out performance as Hamlet, his Sherlock co-star, Andrew Scott, who has recieved critical accalim in the equally sold-out run at the Almeida Theatre, reprised the role when the Shakesperean tragedy opened at the Harold Pinter theatre in June 2017.

5 stars ‘It is livewire, edge-of-the-seat stuff’ Time Out

The Observer newspaper calls Robert Icke ‘one of the most important forces in today’s theatre’. As Artistic Director for the Islington-based Almeida theatre he has a list of directorial hits to his name including : Mary Stuart, Uncle Vanya, Oresteia, Mr Burns and 1984.