The Stars come out in Mamet Masterpiece: Glengarry Glen Ross 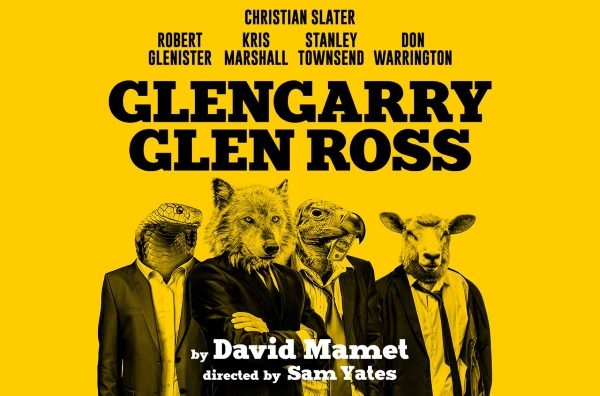 Set in an office full of cut-throat Chicago salesmen, the award winning Glengarry Glen Ross is a lacerating satire for a modern society.

This ground-breaking modern classic has won every major dramatic award on Broadway and in the West End, including the 1983 Olivier Award for Best Play and the 1984 Pulitzer Prize for Drama, and was later adapted by Mamet for the 1992 film starring Jack Lemmon and Al Pacino.

Leading the star studied cast is Christian Slater (Ricky Roma) is an internationally acclaimed actor who recently won a Golden Globe and Critic’s Choice award for his role in Mr Robot, for which he is also a producer. He was last on the London stage in Swimming with Sharks at the Vaudeville Theatre and One Flew Over the Cuckoo’s Nest at the Gielgud/Garrick Theatre.

Glengarry Glen Ross also brings back together Kris Marshall and Don Warrington who  recently co-starred in TV’s paradise island detective series, Death in Paradise. Both have a long list of theatre and TV credits behind the, not mention a few awards:

Glengarry Glen Ross opens at the Playhouse Theatre on 26 October 2017 and played through to 3 February 2018.