Andrew Lloyd Webber’s Olivier award-winning production of School of Rock – The Musical,  at the New London Theatre, has  announced that Gary Trainor, having played the role of alternate Dewey since the show’s London premiere, will lead the cast as Dewey Finn from 17 May 2017. 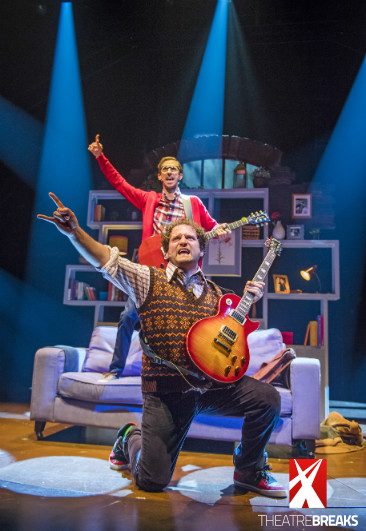 Gary Trainor has previously appeared in London’s West End as Donnie Kirshner in the Beautiful – The Carole King Musical at the Aldwych Theatre, Potted Potter at the Garrick Theatre and The Shawshank Redemption at Wyndham’s Theatre. He has also toured the UK in The Buddy Holly musical, Buddy and the smash hit comedy Stones in His Pockets.

To coincide with the cast change, we can now announce that ticket and hotel packages for School of Rock – The Musical are available right through to 14 January 2018.

Acclaimed by audiences and critics alike, last month, the kids cast of School of Rock – The Musical won the Olivier Award for Outstanding Achievement in Music.

Theatre Breaks for The School of Rock are available from £118.50 per person including Top price Saver Seats.