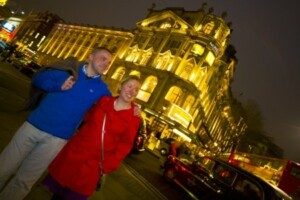 Everybody loves musicals. With Theatre Breaks you get the very best London musicals! See family shows like Disney’s The Lion King and Frozen, Matilda and Back to the Future. See classics such as Andrew Lloyd Webber’s The Phantom of the Opera and the stage version of the recent smash hit movie, Les Miserables and Wicked. See new hit musicals in London including Dear Evan Hanson, &Juliet, Six and Come From Away. London musicals are perfect for celebrations and nights out of all kinds.

Wow! What a lot of London Musicals!

Browse through your favourite shows and find out all the details you will need to know to book your perfect musical theatre break. Discover where your favourite London musical is playing  and when. Get hints on handy hotels and how to get around on buses and London Underground. Most importantly, learn how to book one of our London musicals as part of your theatre break.

London Musicals (not in alphabetical order)