Home > Archive > The Prince of Egypt

The Prince of Egypt Theatre Breaks

Come to London in 2019 and you could experience the soaring music of The Prince of Egypt theatre breaks, to see the extraordinary new epic musical from three-time Academy Award®-winner Stephen Schwartz (Wicked).

Theatre Breaks for The Prince of Egypt were on sale from Monday 2 November 2020 to Saturday 4 September 2021.

The Prince of Egypt in London 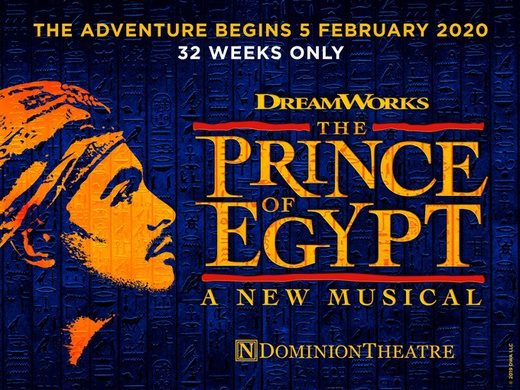 The Prince of Egypt – the musical

The brand-new musical, with music written by Wicked‘s Stephen Schwartz, was at London’s Dominion Theatre. Stephen Schwartz had written ten new songs f0r the musical in addition to the award-winning ‘When You Believe’.

Journey through the wonders of Ancient Egypt as two young men, raised together as brothers in a kingdom of privilege, find themselves suddenly divided by a secret past. One must rule as Pharaoh, the other must rise up and free his true people; both face a destiny that will change history forever.

The show enjoyed an short run in London

The Prince of Egypt – The Story

Ancient Egypt provides the backdrop to our tale with the biblical story of two brothers, Moses and Rameses at it’s heart. Rameses is the new Pharaoh of Egypt but his brother, Moses, discovers that his roots are far more lowly! When Moses discovers that his roots come from the Jewish nation and his family were slaves he leads an uprising to free his people. The rest, as they say, is history!

The Prince of Egypt – The Cast 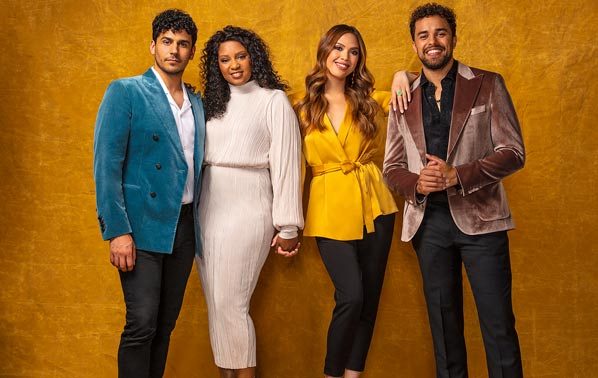 The Prince of Egypt – ticket and hotel packages

The Dominion Theatre is right on the junction of Oxford Stree and Charing Cross Road and Tottenham Court Road. Just behind the Dominion Theatre is the three star St Giles Hotel. With excellent facilities including restaurants, bar, pool and huge gym, it really is a great base for The Prince of Egypt theatre breaks.

If you were looking for a 4 star hotel within walking distance of the Dominion Theatre, then the Thistle Holborn, is a lovely Bloomsbury townhouse, but for just £25 more on certain nights, the Radisson Blu Edwardian Hampshire, actually in Leicester Square, is the height of comfort, in the heart of Theatreland, for that very special occassion.

If price is critical, but you still want to stay central, then The Royal National Hotel near Russell Square is close by and also has the added benefit of being halfway between the Dominion Theatre and the train stations of St Pancras and Kings Cross.

The Prince of Egypt Show Times

Evenings: Monday – Saturday: 7.30pm
Matinees: Thursday and Saturday: 2.30pm
Check local listings on the day of the performance to avoid disappointed as schedules can change