Christmas 2019 sees the return of Nativity! The Musical to the Eventim Apollo Hammersmith. Featuring a truly star studdied cast including Sharon Osbourne, Danny Dyer and Dani Dyer, Rylan Clark-Neal, a Nativity Theatre Break will make your family’s Christmas one to remember. 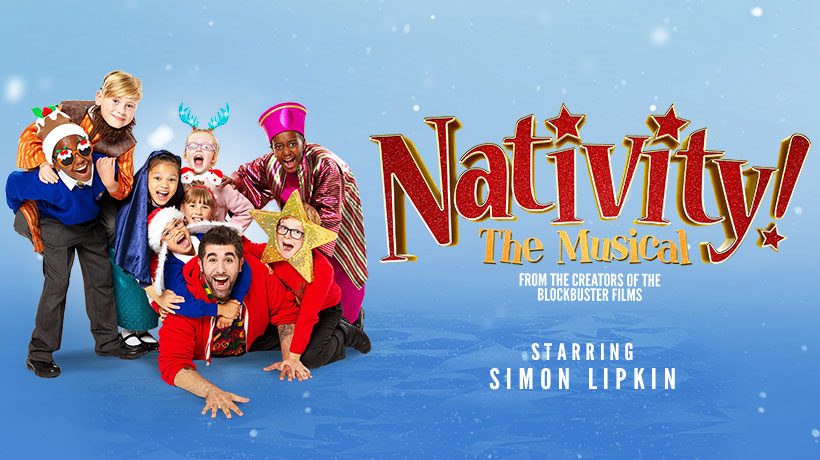 Every child in every school has one Christmas wish, to star in a Nativity, and at St Bernadette’s School they’re attempting to mount a musical version! Only trouble is teacher Mr Maddens has promised that a Hollywood producer is coming to see the show to turn it into a film. Join him and his teaching assistant the crazy Mr Poppy (Once again, played by Simon Lipkin, star of the film “Nativity Rocks” in a role he has truly made his own!) and let this magical family musical sprinkle a whole lot of sparkle and shine as they struggle to make everyone’s Christmas wish come true.

Nativity The Musical is fast becoming a London Christmas institution. The show features all of your favourite songs from the films plus a whole bundle of new ones. Sing along to Nazereth, She’s The Brightest Star, Sparkle and Shine, and One Night One Moment.

Theatre Breaks for Nativity The Musical are available from 11 to 29 December with matinees available throughout the run (just in case your little ones need to be in bed early!)

Hotels nearby to Nativity

The Theatre Breaks Hotels closest to the Eventim Apollo Hammersmith are the Hilton London Olympia, the 100 Queens Gate Hotel and the Hilton London Kensington which is closest to Westfields Shopping Centre too so you could enjoy some Christmas shopping, or pick up a few bargains in the sales!