It’s Back! To see multi-award winning The Curious Incident of the Dog in the Night-Time Theatre Breaks come to the Piccadilly Theatre in London this winter.

The National Theatre’s acclaimed stage adaptation of Mark Haddon’s novel, The Curious Incident of the Dog in the Night-Time is now at the Piccadilly Theatre.

With SEVEN Olivier Awards (plus FIVE Tony Awards on Broadway) under its belt – which has included Best Actor, Best Supporting Actress and Best Director – The Curious Incident of the Dog in the Night-Time has been adapted superbly for the stage by Simon Stephens. 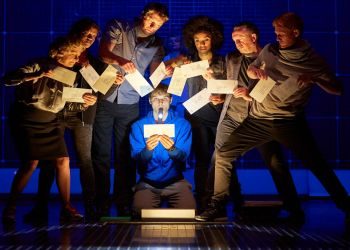 Christopher Boone is a fifteen year old maths genius on the autistic spectrum – he has an extraordinary brain but he is  ill-equipped to interpret everyday life: he hates being touched and is distrustful of strangers. But at seven minutes past midnight he comes under suspicion of killing Wellington, the pet dog of neighbour, Mrs Spears. Driven beyond the comfort zone of the end of his street, Christopher sets out on a frightening journey to prove his innocence – meticulously recording  each fact as he discovers it, in the book he is writing, to solve the crime.

Nearby hotels include the Thistle Trafalgar Square, the five star Le Meridien and Westbury hotels. The four star Radisson Blu Edwardian Leicester Square is also very close, but if you want a bargain budget break then look no further than the Covent Garden Travelodge!

The Curious Incident of the Dog in the Night-Time Reviews

Took my tow teenagers to this as it was something a bit different from the norm and we were all SOOOO impressed by this excellent piece of theatre. The acting, the staging, the lighting, the bitter sweet script.

Can't recommend this play enough for adult theatre-goers and those with older children (ages 11yrs +) .

Book now - you won't be disappointed!