The British Formula One Grand Prix is the motor racing event of the year. Silverstone holds a special place in every F1 fan’s heart and, with achievable speeds of more than 180mph, it is one of the world’s fastest circuits.

The festival atmosphere that takes over the race track, on both practice days and race days, is contagious, with teams and visitors on our British Grand Prix Packages alike, enjoying what to many is the Grand Prix of the season. 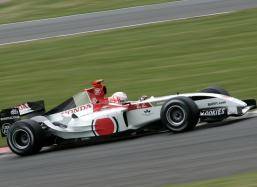 The occasion creates just as much drama as the events that maybe Theatre Breaks is usually associated with so we thought it worth including.

The British Grand Prix is the ninth race in the 20-race season and was to take place over the weekend of 18 and 19 July 2020.  We were lucky enough to have General Admission tickets for two all day visits to the British Grand Prix on the Saturday and Sunday: hopefully we will be able to offer packages in 2021

But this is just the F1 action. What the TV doesn’t give you is the head-spinning array of other motor racing action and off-track entertainment available throughout the weekend that you will be able to experience.

Ticket and accommodation packages for the 2021 British Grand Prix will be available to book aas soon as possible.

However long you decide to stay,  it will provide everything you need for your British Grand Prix Package.

The prices for the full package for  ticket and accommodation packages for the 2021 British Grand Prix Race Day packages will be announced as soon as we are made aware of race and ticket details.

The accommodation for the breaks will be for the Friday and Saturday, or the Friday, Saturday and Sunday .