Hear the revving throttle of Jim Steinman’s new musical Bat Out of Hell with ticket and hotel breaks? Not any longer!

Bat Out of Hell Theatre Breaks closes in the West End 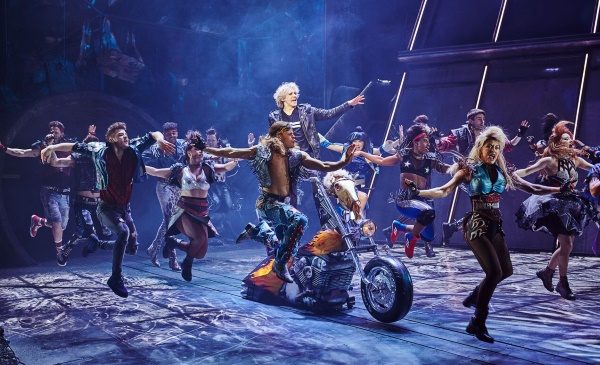 Using songs from the iconic album of the same name to weave a love story set in post-apocolyptic Manhatten, the story of teenage love, youthful rebellion and living the rock and roll dream takes its inspiration from the 5th best selling music album in history (with over 43 million sold worldwide : only eight albums have ever acheived sales of over 40m), Bat Out of Hell the Musical returned to London and the Dominion Theatre until January 2019

Bat Out Of Hell

When eternally young Strat falls in love with Raven, he must battle her father, the wicked and tyrannical Falco, to resue her from the palace towers.

This breathtaking new musical featured 17 of larger than life singer Meat Loaf’s greatest hits including I’d Do Anything for Love, Parafdise by the Dashboard, You Took the Words Right Out of My Mouth, Dead Ringer for Love and, of course, Bat Out of Hell, plus three new Jim Steinman originals written specially for the show. 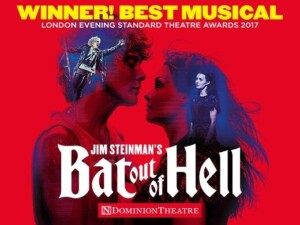 Show Info for Bat Out of Hell Theatre Breaks