Sienna Miller, Jack O’Connell and Colm Meaney will star in Tennessee Williams’ Pulitzer prize winning play of Cat On A Hot Tin Roof  at the Apollo Theatre from 13 July 2017 for a strictly 12 week run. 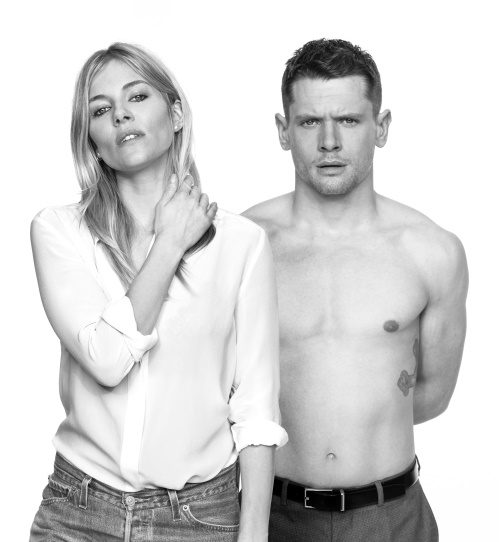 Cat on A Hot Tin Roof is set on a steamy night in Mississippi. It’s Big Daddy’s birthday and the whole family gather to celebrate.  The scorching heat is almost as oppressive as the lies they tell.  Brick (O’Connell) and Maggie (Miller) dance round the secrets and sexual tensions that threaten to destroy their marriage. With the future of the family at stake, which version of the truth is real – and which will win out?

Cat On A Hot Tin Roof is directed by Benedict Andrews and marks the Young Vic’s first production to debut directly in the West End. Previous Young Vic transfers have included A View from a Bridge, The Scottsboro Boys and A Doll’s House.

Sienna Miller’s many film credits include Live by Night, Mississippi Grind, Layer Cake, Alfie, Casanova, Factory Girl, American Sniper, Foxcatcher, The Edge of Love, and G.I. Joe. She was last in London’s Theatreland as Patricia in Flare Path at the Haymarket Theatre. Before that she was Celia in As You Like It at Wyndham’s Theatre .

Colm Meaney (Big Daddy) was last on stage in London alongside Kevin Spacey in Moon for the Misbegotten at the Old Vic, with the production subsequently transferring to Broadway. His other theatre credits include Breaking the Code, The Cider House Rules and Juno and the Paycock.

Further casting will be announced at a later date.

Cat On a Hot Tin Roof received its world premiere at the Morosco Theater on Broadway in 1955 when Barbara Bel Geddes played Maggie. 1958 saw Sir Peter Hall direct the UK premiere and the release of the Academy Award nominated film, starring Elizabeth Taylor and Paul Newman.

Set designs are by Magda Willi with costume designs by Alice Babidge and lighting by Jon Clark.