Funnily it seems like ages since I’ve been to see a show in London, but in truth it really hasn’t been that long. A fortnight ago I saw How to Succeeed in Business at the gorgeous Wilton’s Music Hall and before that it was the amazing 42nd Street at the Theatre Royal Drury Lane. 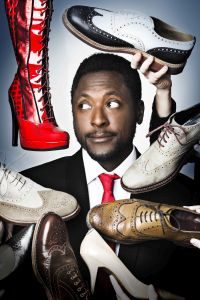 Tonight I’m off to see Kinky Boots at the Adelphi theatre which for some reason I have been reluctant to watch – not quite sure why. Possibly because I didn’t think much of the 2005 film which the musical is based on, but spurred on by rave reviews from friends (one who’s seen it three times already) I’m biting the bullet and taking a group of fellow theatre lovers into the big smoke. Matt Henry who stars as cross-dressing Lola in Kinky Boots is the recipient of the 2016 Olivier Award for Best Actor in a Musical – I bet he never thought about that happening as he was auditioning for the BBC singing talent The Voice in 2013. He was fortunate enough to be coached by Will.i.am and got through to the final.

Next up is a visit to a small venue in Highgate called Upstairs at the Gatehouse where I will watch and review a new musical, premiered at last year’s Edinburgh Fringe Festival, called Paper Hearts.

At the end of May, I’m taking my grumpy teens to see Horror at the Peacock theatre. My youngest hasn’t stopped talking about the spine-tingling production of Ghost Stories which we saw at the Arts theatre in 2015 and so I think this homage to the modern classic horror film will be right up his street. He loves to be scared! 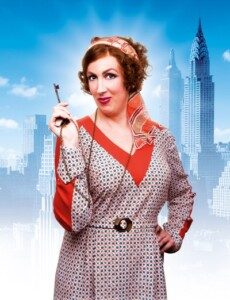 June, I’m finally going to see Dreamgirls at the Savoy theatre – I know it’s only taken me eight months to get around to it! Bouyed into action by Amber Riley winning an Olivier Award this year and by the fact that I love the musical score I can’t believe it’s taken me this long to get my act together.

Then there’s a big jump into September when I will watch Miranda Hart make her West End debut in the musical revival of Annie. Saw this bloomin’ ages ago at the Victoria Palace, pre-Billy Elliot, so that shows you how long ago that was, and remember thinking it was “ok”. However, I recently caught a youth theatre production of it and it certainly fired up my enthusiasm enough to put a confirmed date in my diary to visit the Piccadilly theatre.

I’m also planning to see On the Town at the Regent’s Park Open Air theatre this summer, with Our Ladies of Perpetual Succour looking like its a lot of fun and also greatly anticipating the opening of Mel Brookes’ Young Frankenstein which oipoens at the Garrick theatre in November.

Phew, I think that’s enough of a bombardment for now!

Have a great Bank Holiday weekend