There is nothing more exciting than walking into a theatre auditorium and hearing the band warming up. There is no need to spice things up with actors doing actory stuff!

Tune up, lights down, overture! Bob’s your uncle!

Thus we were greeted at Wilton’s Music Hall for Loesser, Burrows, Weinstock and Gilbert’s 1960’s comedy musical, “How to Succeed in Business Without Really Trying“.

And what a great way to start. Under the baton of MD Ben Ferguson, the band, using a reduced orchestration, which is relatively strong on reeds, has a lovely Glenn Miller feel to it, giving the songs a familiar feel even where the songs themselves are not so familiar: this is no Guys and Dolls (Loesser’s better known musical), with timeless hit following timeless hit. 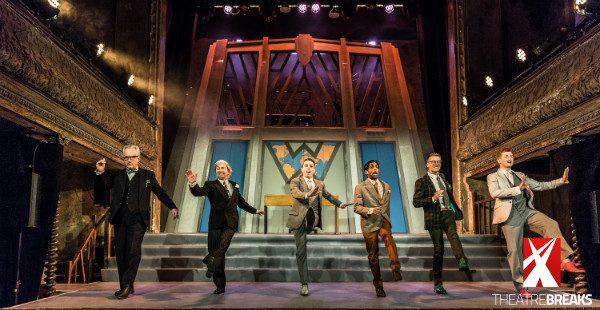 In fact the whole show is very much a product of its time and place:  early 1960’s corporate America, where nepotism and sexism rule the roost. There is no complaining about it, no embarrassment, it is what it is. Wives are happy to keep the dinner warm whilst their husbands chase secretaries and secretaries get caught. So don’t go expecting a handbook on 21st century political correctness. 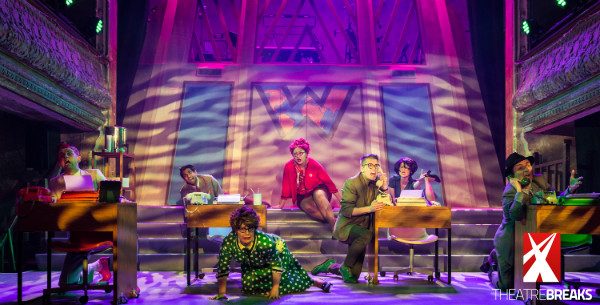 The book that J Pierrepont Finch does have is called “How to Succeed in Business without Really Trying” and he uses it to get to the top of World Wide Wicket Company, avoiding the pitfalls of dead-end roles, the wrong secretaries and jealous co-workers. 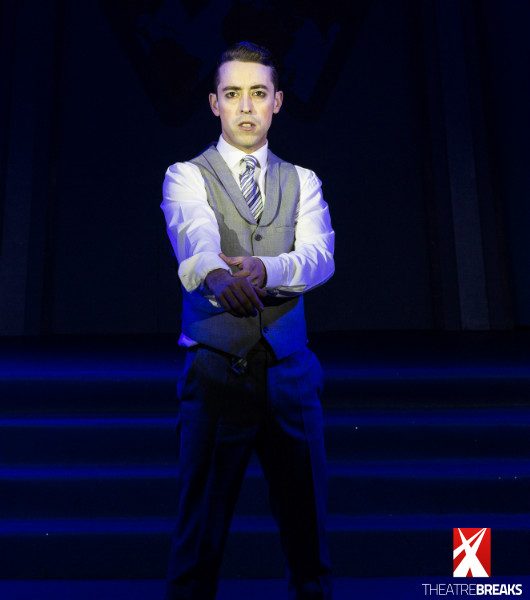 Marc Pickering’s “Ponty” successfully navigates a tricky path between slacker, schemer and hero. It’s not that he is lazy, it’s just that he’d rather get to the top without really trying!

The audience, bought up in a short-cut society of National Lottery and Reality TV, soon find they are rooting for the guy that wants to get there through trickery rather than hard work.

Of course, the audience is not so easily won and we need the help of Rosemary, on reception, to help us see the immediate good in the guy and, if we are still unsure, it quickly becomes clear that the people, he wants to beat to the top, are idiots and sexist pigs… so what’s not to like about the guy?!

It helps that Pickering is a personable soul and he quickly establishes a playful rapport, with the audience, which is flawlessly maintained throughout the evening. This gives him the ability to play the role with more bite than the insipid, wide-eyed, niavety with which Ponty is often endowed.

I couldn’t help but be reminded of Joel Grey’s MC from Cabaret as, framed in a tight spot, he shares his inner thoughts with the audience.

I like this more thrilling Ponty – it helps give the piece more pace.

Ponty’s likeability is helped by the fact that everyone is playing a game in “How to Succeed…” and, if you are in any doubt as to how that pays, look no further than the only honest guy in the show: Mr Twimble (the most successful role played by the multi-tasking Richard Emerson) who has worked hard in the mailroom and is still there, 25 years later!

On his arrival at the World Wide Wickets, Ponty makes an immediate enemy of the boss’s nephew, the incompetent Bud Frump (joyfully played by Daniel Graham). Frump’s route to the top is to go to his mum any time he wants a promotion, but when this fails he takes more direct action, leading him to later crow “I have Returned” – allowing Graham to show off his golden tonsils in the process!

Ponty’s patient girlfriend is played by Hannah Grover. No dumb cookie herself, her shortcut to success is to marry a successful man and move to New Rochelle: no wonder she is drawn to the ambitious Ponty. 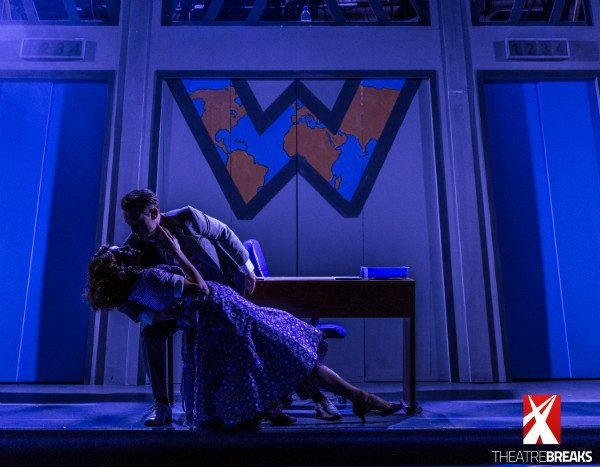 Grover also has a lovely voice and is obviously completely at ease with the style of the piece – both  musically and dramatically – as she delivers a Rosemary who understands the world she is in and the game she must play almost as much as Ponty does. 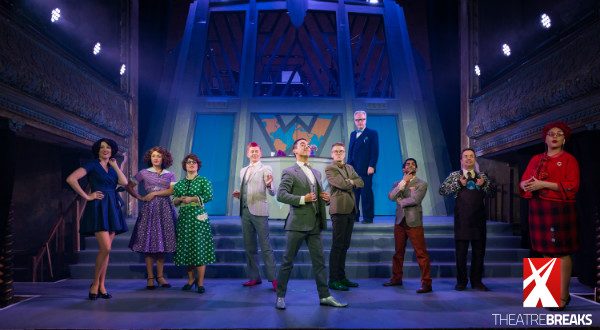 This is a cut down production and director Benji Sperring and his 10 strong cast work hard to make it fly (especially Nuwan Hugh Perera and Matthew Whitby) and, even though they don’t have the chorus sizes that make numbers like “Coffee Break” and “Company Way” the spectacles they normally are, they succeed in making this revival an energetic and joyful affair.

One criticism would be that the cast are rather hampered by a rather flimsy set and they were often to be seen struggling with malfunctioning lift doors, unresponsive tables and the worst wigs this side of the reformation! A little finessing would go a long way to completing the overall feel of quality. 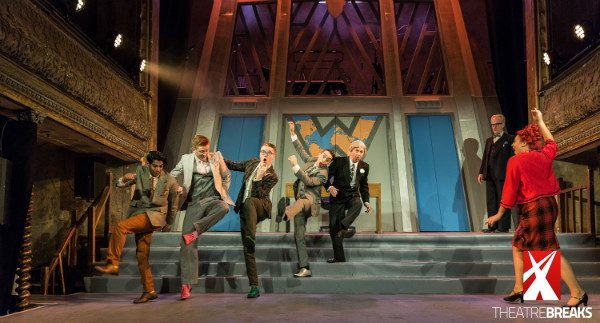 How to Succeed in Business Without Really Trying
Book by Abe Burrows, Jack Weinstock and Willie Gilbert
Music and Lyrics by Frank Loesser
Based upon the book by Shepherd Mead
Presented by Nicholas Thompson Productions and Tarquin Productions in association with the King’s Head Theatre
Wilton’s Music Hall, Graces Alley, London E1 8JB
to 22 April 2017
www.wiltons.org.uk
Box Office 020 7702 2789