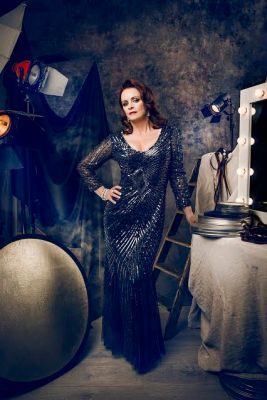 March has already become a good month for me what with it being book-ended by my brithday (and dancing to Wham! at an 80s disco) and a trip to the Theatre Royal Drury Lane to see the musical revival 42nd Street.

Last seen in the West End, and by me, in 1984 (in fact when Wham! were the all-conquering chart heroes), my love of musicals had already started over a decade before when I was first taken to see Jesus Christ Superstar at the Palace Theatre, London in 1972. That production pretty much sealed my fate as there and then I determined my destiny was to become a professional actress.

However, in 1984, at the age of 20 I still hadn’t realised my acting dream with horse-riding momentarily taking-over my life, but I had “kept my toe in”, as it were, having been in several amature productions in my home-town as well as studying drama part-time in the evenings.

I remember it being a family outing to see 42nd Street in the summer of ’84. Can’t say hand-on-heart that I was witness to Catherine Zeta Jones taking over, as understaudy, the main role and subsequently being so good that she got offered it permanently, but it made fantastic publicity for the show, at the time, where life really did imitate art. It was probably 42nd Street where my love of tap-dancing got under my skin and has stayed a passion of mine ever since.

Oh how I love to watch a tap dance!

She Loves Me, Anything Goes, Singin’ In the Rain, Top Hat, even White Christmas – all shows I have watched and marvelled at in the West End with the tap dancing choreography in these musicals being absolutely AMAZING. So, as you can imagine, I am so, so excited about 42nd Street returning to the Theatre Royal Drury Lane later this month and equally thrilled that the musical On the Town is coming to the Regents Park Open Air theatre this summer too – yes, more tap dancing!

With 42nd Street begining its previews on 20th March and On the Town opening on 19th May, there’s only one thing to do – join me in putting on those dancing shoes and time-step all the way to the theatre…

Have a great theatre week

Oh and if you are wondering, yes I did achieve my dream and made my own West End debut in December 1991 at the Aldwych theatre.